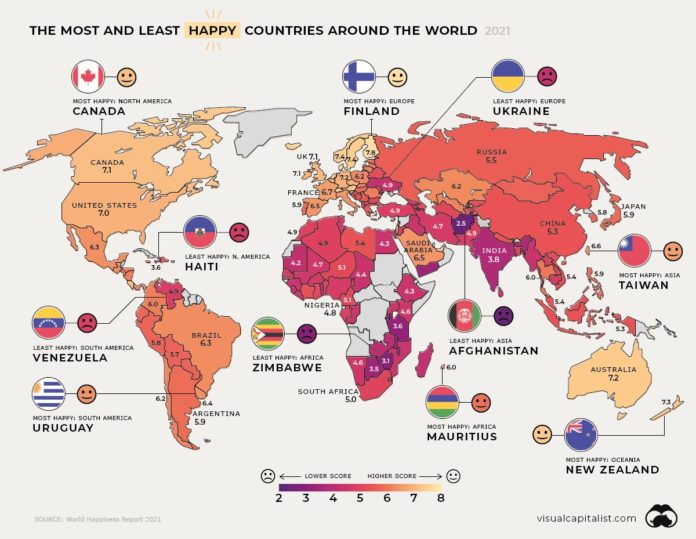 A World Happiness Report is out to tell us how happy we are. The data tells us the average scores of 149 countries between 2018-2020, and which ones emerged the happiest or unhappiest. We also look at the most and least improved countries in every region. The Visual Capitalist did a nice job in pictorially showing this global view of happiness:

How is Happiness Measured?

Some clear indicators are health and wealth, both metrics that have been steadily on the rise worldwide. The report takes these into account, weighting GDP per capita and life expectancy at birth into the scores.

This year, there was a natural focus on the negative effect measure of the COVID-19 pandemic on happiness levels, such as exacerbating mental health risks. In addition, such measurements varied depending on each country’s response to the crisis.

Taking a look at the details of this report and making some general observations – here are some takeaways to consider:

So is happiness all about money? Please give us your analysis in the comment section below.