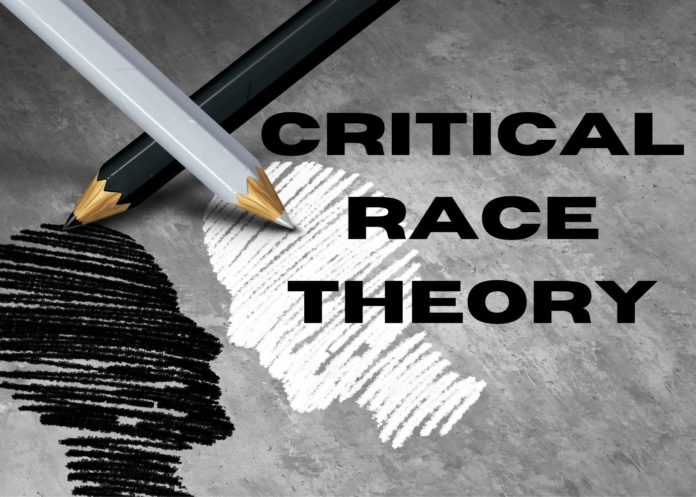 Critical Race Theory (CRT), Project 1619, and ethnic studies are being incorporated in public schools all over America. It’s part of an anti-racist mission that is anything but.

America’s school children have ranked poorly among international students in reading math and science throughout the century. Stuck at home learning since the pandemic began, while students in advanced Asian and European nations had the advantages of full-time in-person learning will set American competitiveness back further in the years to come. Hardest hit has been minority students. It would seem reasonable that educators would be focused on remedying this monstrous problem. This is not evident.

With motivation from the Department of Education, woke educators throughout the country are pushing to make racism central to educational curriculums, and they are taking a path that is encouraging racism. The rationale that, lord they know not what they do is applicable but inexcusable for educators, and it won’t reverse the damage that is being done to our children and our nation.

The Department of Education is encouraging educators to build curriculums leveraging critical race theory (CRT), Project 1619, and ethnic studies. Introduced in 1989, CRT is anti-American and anti-white. It is a conspiracy theory of whites obsessed with maintaining a superior position in society to ensure the inferiority of non-whites. CRT holds that America and white Americans are irredeemably racist. The solution is reverse racism which is called equity. This is a backdoor to socialism.

Project 1619 is based on CRT. Its goal is to make slavery the centerpiece of American history. Sort of like Turkey making the enslavement of white Christians the centerpiece of their history. The architect of America’s new history is a NY Times journalist. Not being a historian partially explains why prestigious historians have pointed to over 100 falsities, exaggerations, outright lies, salient omissions, and the complete absence of context. In the curriculum a synonym for white person is enslaver. With the context of 25% of free blacks in the south owning slaves, and per the 1860 US Census, about 4.6% of southern whites and 1.25% of the US population owning slaves that seems like a hateful inaccurate stereotype of white people. The Census didn’t capture Native American or Latino slave owners, although they existed. One whopper in the curriculum is teaching that America’s true founding is 1619 when the first blacks arrived. If America’s founding is to be dated to the 17th century and the centerpiece is slavery, context calls for an accurate account of the 50-67% of white settlers that were indentured servants that were called slaves. Half never saw freedom because they died from disease or over work. Most that survived lived in penury and squalor while undertaking the back breaking work of nation building. Things were scarcely better in the 18th century.

With slavery the centerpiece of history per Project 1619, it would seem prudent to take measures to ensure American children don’t grow up loathing America. This would entail teaching about the history of slavery around the world. Most important to America’s diverse children would be teaching about the African, Arab and Atlantic slave trades, the central role Africans played in supplying slaves to the trades, the Arabs enslaving far more than white people, and 97% of slaves in the Atlantic Trade being sold in Latin America.

Ethnic studies per the newly approved California curriculum is similarly based on CRT. It focuses on historically marginalized people. So far, so good. Actually, it’s only select historically marginalized people. It focuses on African Americans, Chicano/Latinos, Asian Americans and Pacific Islanders and Native Americans. A last-minute change corrected the omission of Jews. Irish, Polish and Italian Catholics, and people generally from southern and eastern Europe, and other poor whites – the majority, didn’t make the cut. They may have faced horrendous oppression into the 20th century, but they are white and characterized as oppressors, privileged, and genocidaires. Also omitted from the curriculum is the context of marginalized people in the world. It would be a gross omission to neglect teaching our children why most nations today find discriminating against minority populations as useful and not something they would even think about changing.

Critical race theory, Project 1619, and some ethnic studies programs ostensibly want to address racism and alter America’s Eurocentric teaching and history. That’s a good goal, but educators are leveraging biased, error-filled content and theories that also lack context and foment racism. There are no white, black, Latino, or Native American kids going to school today that had anything to do with slavery, Jim Crow, or oppressing anyone. Their ancestors were more likely to be oppressed than oppressors. If educators want to revolve the educational systems around racism then they must include all of the gory details of America’s melting pot. It is a history of oppression that only spared a tiny minority. It is a history that taught innumerable lessons that have led America to become the leading anti-racist nation in the world. This is a very valuable aspect of history that is also neglected and should be part of every curriculum. It would be a real shame if that was undone by woke educators who know not what they do and fan the flames of a history of racism that America has uniquely worked diligently to end. Children don’t see race or racism, unless they are taught too.

About Kathleen Brush
Kathleen Brush, Ph.D. MBA is a management consultant that specializes in two areas: maximizing the outcomes from global strategies and improving organizational productivity by increasing the number of competent women in senior leadership.

Her Ph.D. is in management and international studies. She has more than 20 years of experience as a senior executive (CEO, GM, and CMO) for companies of all sizes, public and private, foreign and domestic. She has been conducting business internationally since 1988 and has overseen the successful sale of three companies.

Her books include: Racism and anti-Racism in the World: before and after 1945; Watch Your Back; The Power of One: You’re the boss; and A Brief History of International Relations: The World Made Easy. Currently in process and planned for publication in 2021 is Silent Sexism: Women wake up and take charge.

CRT – “This is a backdoor to socialism”. Great article! Thank you for the honesty Kathleen!

Wow great knowledge and so true. Thank you Kathleen for laying the facts out.

I wish more people would learn about the dangerous teaching of 1619. We need to speak out against this and this must not be taught in our schools.

Education like this is making America MORE racist in my opinion.