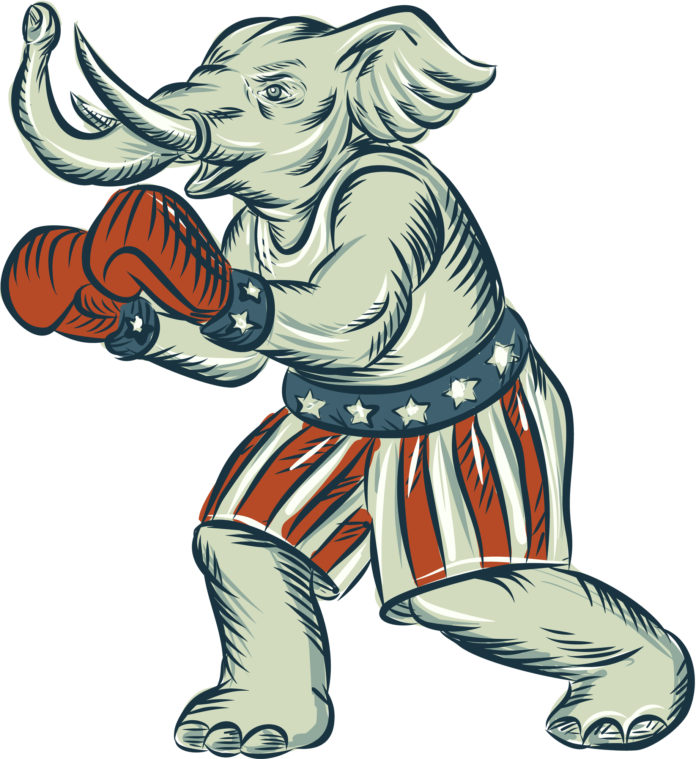 A recent announcement and subsequent post on Breitbart proclaiming Caitlin Jenner’s Gubernatorial bid against Gabardine Gavin Newsom in California drew criticism from social conservatives. Caitlin Jenner, formerly known as Bruce Jenner, is a trans-activist and political figure based in Santa Monica, California, hardly the Middle American voice that many social or religious conservatives feel should rise to support the pro-Trump 2024 agenda. Where does Trump stand?

In 2016, the GOP Party platform famously adopted a pro-LGBT stance to support some members of the Trump family who either previously or now identify with the LGBT community. Eric Trump has stated publicly that he, himself, is a member of the LGBT community, and many in the media openly question if others are also linked.

Let us dive into the recent GOP history to acknowledge the Bush versus Trump ideological rift.

The Republican establishment radically changed with the Tea-Party Conservative movement and their opposition to corporate Republicanism that financed the trillion Dollar bail-outs of ’08-09, and that had, for decade, enacted a pro-Corporate American financial agenda that saw big banks siphon wealth from Main Street America. The collapsing fortunes of Main Streets and Middle American towns and cities was one of the core components of the Trump agenda. Trump sought to reposition Middle America as an engine of economic growth and reposition American small businesses and the American worker as the backbone of American economic progress, two worthy and resonate goals for Middle American workers that had long sought their interests being sold out in the form of trade deals and offshoring.

The Bush-era Republican base was already wedding to the Corporate establishment. Many Bush-era down ballot elected officials and candidates had already settled into their roles as members of the ‘swamp,’ the unelected lobbyists and think-tank directors that control so much of our Nation’s policy agenda to suit the corporate American interest. These Bush-era Republicans, some recently existing from their roles in Congress or the United States Senate, command significant influence locally and were able to mount a successful opposition against Trump-era Conservatives controlling the GOP Party apparatus in the run-up to Trump’s re-election bid in 2020. These Bush-era Conservatives made a dastardly partnership with Democrat-owned big media to decry Trump’s pro-worker and pro-Middle American agenda.

Two famous examples of the ‘Bushie’ are Paul Ryan and Cindy McCain. Paul Ryan is now a powerful Director of Fox Corporation, commanding a large professional salary, leveraging Fox’s media apparatus to support pro-Bush policies and officials, and even going so far as to fundraise for Liz Cheney and the anti-Trump movement. Cindy McCain, on the verge of accepting a political appointment from President Biden, and her family members, have stood as vocal opposition to Trump’s pro-worker agenda since the very beginning. Together, the ‘Bushies’ have tipped their fingers on the scale of the American Democracy simply to seek political retribution against Trump’s negative comments about Jeb Bush in the 2016 primary.

The ideological rift between the ‘Bushie’ and the Trump-era Conservative could not be starker. Representative Adam Kinzinger, for example, now leading a major anti-Trump political action committee, views Republicanism as a compromise between the corporate establishment and policymakers with little

input from the American people. His calls for “civility” really are just a desire to see the everyday American worker left out of the political process so that Washington insiders can steer taxpayer Dollars into pet-projects and ‘pork’ initiatives.

The current fissure between populist, Trump-era Conservative, who maintained a strong coalition between social conservatives and Tea-Party conservatives, now threatens to fissure once more as social conservatives grow dissatisfied with the pro-LGBT posture of the populist movement. There are a few reasons for this growing fissure. First, populist conservatives adopt a more pragmatic approach to social issues. LGBTQ does not need to be a societal perversion if members of this community respect the family unit and prioritize the American democratic-republican values over a sense of non-stop identity political activism. Social conservatives, however, see a major cultural shift eroding the American fabric and debasing it into identity politics, which as history would dictate, can only lead to socialism arising on our shores. While most social conservatives may not object to a mature handling of homosexuality in the middle 21st century, and even its support by the institution of marriage, social conservatives view LGBTQ as just another in the long-line of liberal bias and attacks on the familial unit. They are not wrong as many pro-LGBTQ groups do also advocate for familial unit destroy activities such as abortion or sexual promiscuity.

It is clear that only two legitimate factions of the Republican party apparatus exit within the party today – the populist and social conservative movements. The ‘Bushies’ would be best to start their own opinion as their only half-formed policy ideals are adopted more by Moderate Democrats as opposed to conservatives. For example, Adam Kinzinger rarely gets booked on Conservative media outlets and instead takes many interviews with liberal podcasters and media outlets.

It is important to recognize what the populist and social conservative movement agrees on and recognize that these issues are much more important than minor disagreements related to the LGBTQ community. First, the world economic and financial system is under serious threat by the Communist Party of China and world elites who would sell out Western interests to the CCP. Significant reform of the global financial system, starting with the United Nations and adjacent quasi-world-Governmental institutions such as the WHO, IMF, World Bank, etc., is the most expedient path forward to end our insolvent debt-based system. Second, America is now entering a dangerous phase where corporations threaten basic freedoms afforded to American by the Constitution, such as free speech, the right to bear arms, and religious liberty. The coalition of populist conservatives and social conservatives are the only two political movements in the West, right now, who can successfully defend Western Governments against corporate-backed socialism. Finally, many of these same corporations are now openly supporting socialist institutions. The ‘Bushie’ does not have the strength of moral character since they are too largely indebted to corporate America through the ‘swamp’ activities that many of these Republicans engage in for their own personal salaries. Populist and social conservatives are relatively unfettered when it comes to standing up against Corporate America.

In the run-up to ’22, look for ‘Bushies’ to target this potential fissure between populist and social conservatives in any way that they can. Look for the Cheney-Kinzinger alliance to attempt to appeal to social conservatives. Social conservatives need to recognize that few political eras in American politics have contributed more to liberal social policies than the George W. and George H.W. eras. The ‘Bushie’ is a ‘dead-end’ when it comes to safeguarding the American Democratic-Republic against a backslide into socialism, tyranny, and religious intolerance. Moving into ’22 and ’24, populists and social conservatives must join together to form a united front against Corporate hostility and the ‘Bushie.’