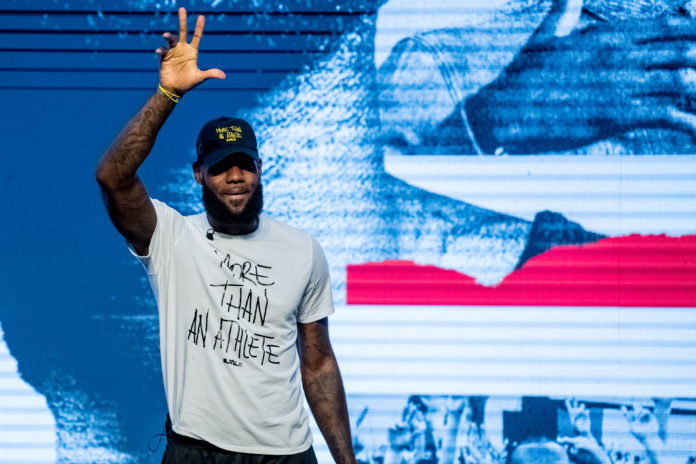 Finally, someone has solved the problem.

Police unions nationwide have unanimously adopted a new policy that will require officers to stop what they’re doing and check with professional basketball star Lebron James before proceeding, in the case of a deadly knife fight. The policy also extends to fist fights and gun fights. No action will be taken until Lebron understands what color each participant is and mulls over the situation using his expert basketball skills.

America has taken great strides in ushering in this new era of peaceful activity and tolerant behavior across cultural boundaries, and this new policy promises to easily eliminate questions that may arise during these panic-filled, seconds-matter life-or-death struggles on the street. Lebron has been gracious enough to try and answer each and every phone call unless he’s busy bouncing things off the floor or counting his winnings, which is obviously more important and understandable. The new policing technique is demonstrated here:

Notice how pleasant and tolerant the officer is. Next we should reduce their wages, as they have so much less important stuff to do now, and give the difference directly to Lebron. We can all breathe easier now.

In a related story, despite being “good,” many celebrities today have experienced slight dips in their fan base, as fans begin to understand the new ways of thinking. No-one has claimed responsibility. Owners of popular sports teams have been on the ethical front line, players and celebs in the spotlight reinforcing the message, and we expect full compliance by the masses when Fauci gets more involved. Not playing or acting, just being himself.

He’s not great at sports. And has never knelt in his life. But, as Americans are aware, he is great at moving goalposts, which is exactly what’s needed.

The site theundefeated.com says “Everyone is not in lockstep, probably many more are not. Some players may simply be along for the ride. That’s why we’re beyond kneeling.”

It seems, among the elite, there’s confusion. They’d better get on board, I think, before they lose track of why they became actors in the first place!

Ultimately, even among the privileged, competition is fierce.

We should also expect more “torn ACLs” caused by posing.

Makes me wonder, is all the kneeling really worth it?