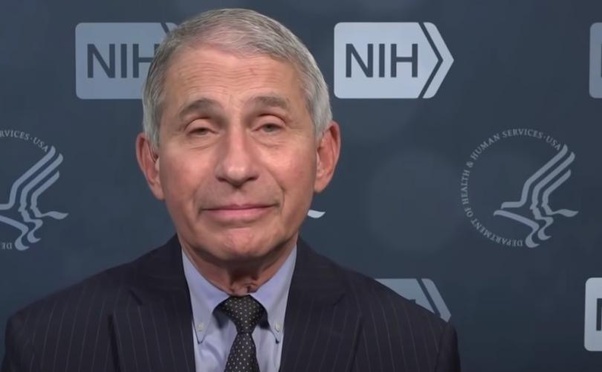 When I entered into the practice of medicine in 2005 I took what is called the ‘Hippocratic Oath.’ The Hippocratic Oath is one of the oldest documents in human history. It was originally written in 400 B.C. by the Greek philosopher whose name the oath bears. It is an oath of ethics historically taken by physicians and health care providers entering the practice of medicine. There are numerous modern day versions of the Hippocratic Oath but the message is essentially the same.

Basic Principles of The Hippocratic Oath

The basic principles of the Hippocratic Oath are beneficence, non-maleficence, justice and respect for the patient’s autonomy with its two rules of confidentiality and veracity. We are, in essence, to do no harm to those we treat. In the modern version that I voluntarily repeated I did NOT proclaim the following: “I will blindly follow government officials and health organizations in considering the treatment for my patients.” I have watched a copious amount of my colleagues proclaim they are ‘following the science’ over the last year. At the same time they have not been able to adequately produce the ‘science’ to justify their actions. Thus, the COVID religion was birthed and a massive cult following formed. They faithfully follow the 4 pillars of the Branch Covidian faith. The practice of medicine has not been immune from the infusion of wokeness into society. It is under attack from liberals all across the globe.

In a Boston Review column two professors at Harvard Medical School, Drs. Michelle Morse and Bram Wispelwey, advocate for racism by claiming to combat racism. Confused yet? If you are familiar with wokeness then you are quite familiar with contradiction. The op-ed was titled “An Antiracist Agenda For Medicine.” Amen and Amen! I completely agree with that title and practice. But in lock step with modern day Wokism we find the proverbial bait and switch when you read the language. This can be compared to the open socialist blowing the ‘democracy’ horn. It’s either intentional deception or ignorance of terminology. The doctors wrote, “After more than five decades of colorblind law…the stubborn persistence of racial inequities – both in health care and across society at large – gives the lie to the effectiveness of colorblind policies.”

The doctors argued that those with non white skin were less likely to be admitted to a particular cardiology service over a period of time. They went on to advocate for the paying of federal reparations and instituting Critical Race Theory in their “vision for medical restitution!” Wait…what? But they said they had an “anti-racist agenda for medicine”? This blew their cover. Their woke cards were exposed and the agenda was apparent. This is direct evidence that these practicing physicians were using medicine as the basis to promote their political ideology. Interestingly enough, the doctors already had started implementation of “a preferential admission option for Black and Latinx heart failure patients to [their] specialty cardiology service.” Have they personally started paying reparations to those patients? You already know the answer to that question. That’s someone else’s responsibility. Critical Race Theory at its very core is a racist doctrine. It implicitly judges people based on their skin color. In particularly those with white skin. The doctrine teaches that everyone with low melanin counts are inherently racist regardless of what they believe or how they behave. It intentionally segregates and makes a virtue out of ‘victimhood.’ Critical Race Theory is already being propagated in the public school system, within privately owned corporations, in Congress and in the military. The ‘antiracists’ are actually racists.

Breaking of the Hippocratic Oath

The measures taken by Dr. Woke1 and Dr. Woke2 actually violate the Hippocratic Oath. By intentionally overlooking white and Caucasian individuals one can argue they violate beneficence, non-maleficence, and the justice aspects of the oath. The infringement of beneficence acts as a disservice to those with white skin. Mercy is not given and there is a strong connotation of actually doing evil rather than good. Bypassing anyone that is seeking medical help based on the color of their skin is diabolical. Non-maleficence is diverted by the simple fact that looking past the Caucasian to any other human with darker skin tint is imposing harm. If you are a woke physician in this situation what exactly do you say to the white yuppie? “Sorry Cracker, you just aren’t dusky enough! Please come back when your melanin counts are much higher.” In the world of Woketopic medicine this racism is looked upon as ‘justice’. Because when you are calling for ‘medical restitution‘ there is no other form of justice but to retaliate against the white man.

Not only is the idea of ‘medical restitution‘ for non whites morally repugnant, it is in direct violation of Title VI of the 1964 Civil Rights Act which says: “No person in the United States shall, on the ground of race, color, or national origin, be excluded from participation in, be denied the benefits of, or be subjected to discrimination under any program or activity receiving Federal financial assistance.” The Affordable Care Act (AKA ‘Obamacare’) also bars any Health and Human Services funding from going to a medical provider that discriminates on the basis of race. Uh Oh! But Dr. Woke1 and Dr. Woke2 do not seem to be bothered. In their op-ed they openly acknowledged that implementing woke medicine such as this would garner “legal challenges from our system of colorblind law.” That’s semi-Latin for “We know we are racist criminals.”

The attempt to implement ‘medical restitution‘ is a woke ploy at appearing as though humanitarianism is what wins the day. The fact of the matter is that this is nothing more than the use of new liberal viral buzzwords to hoodwink the masses. ‘Medical restitution‘ is a fancy educated term for imposing political eugenics. This pilot program being proposed is political chicanery. It’s taking the politics of Critical Race Theory and infusing the disease into health-care. This idea of race based healthcare is morally unethical and transgresses the Hippocratic Oath. It also encroaches upon the written civil laws of the land and is 1000% illegal. The only cure for this disease process is to accurately understand, define, and communicate the difference between equality and equity. One is not synonymous with the other! **This column first appeared at American Greatness.