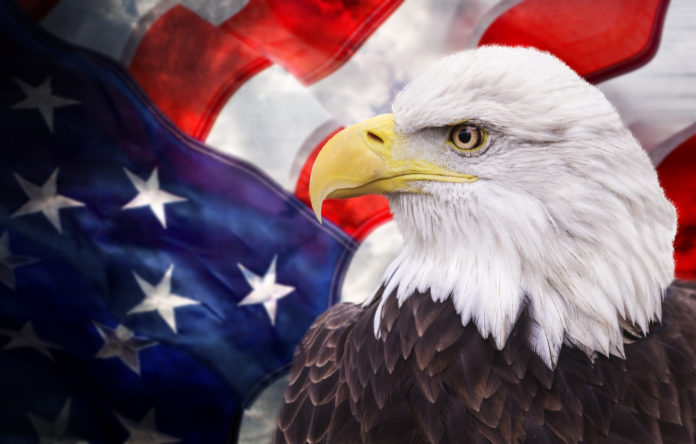 America is in an ideological civil war and conservatives are losing! ‘Wokeism’ and ‘cancel culture’ are being propagated at break neck speed. We see and hear it on our television screens, on the internet, in magazines, on billboards, and out of Washington D.C. Who is to blame? There are many that can be held responsible. But the short list includes academia, the main stream media, leftists politicians, liberal ‘activist’ groups, and Silicon Valley oligarchs. Mute conservatives also hold some responsibility. Conservative voices are intentionally being squashed by members of ‘Woketopia.’ Squelched when honest and open dialogue is refused by the left. The generality slander terms of ‘racist’, ‘white supremacist’, or ‘uncle Tom‘ is hurled immediately. It’s being used about every 9 seconds. It’s tiresome! Once the liberal buzz words of mass destruction are launched, many conservatives dive for the bunkers never to surface again! It’s a battle strategy that has been extremely effective!

America was founded because of an ideological civil war in England. Colonists fled to the West for religious freedom. They believed that uniformity of religion must exist in any given society. Hence, the North American colonies were formed under the pretense of Judeo-Christian values. The Colonists were called fundamentalists and apostates by British tyrannists. But they didn’t care. Sticks and stones could break their bones but words caused them to fight back. They had a spine and firmly stood for their religion and values. That courage snowballed and the United States of America was born. Conservative America is in need of Colonistic courage more now than ever.

Conservatives all across America are afraid to stand up to the woke mob. They personally fear ridicule and physical attack from the left. Leftist activists are no respecter of persons when it comes to attacking conservatism and conservatives. Picture a Wildebeest as the conservative during spring migration in Tanzania. The wandering creature just wants to cross the Mara River and be left alone. But the Nile crocodile (radical left) lays in wait and attacks the aloof beast before it can get to its destination. Americans cannot sit down and have a meal without potentially being pestered by some leftist group. There is ever mounting pressure from civilian employers and even government officials to be fired if you dare commit to admitting that there are only 2 genders. Companies like Coca Cola are attempting to have employees with low melanin counts be ‘less white‘ because of inherent racism. Professional sports organizations cannot help themselves but repeat every single woke mantra that comes out of the D.C. donkey’s mouth. Major League Baseball solidified their official citizenship into Leftistan by announcing they were moving the 2021 All-Star Game out of Atlanta, Georgia. This is in direct response to Georgia’s recent legislation requiring identification to vote. Ironically, Georgia made it harder to cheat in elections! Delta Airlines CEO, Ed Bastian, slammed the bill claiming it suppressed voting rights for people of color. He offered no specifics of the legislation regarding the claim. That is a common tactic of the left. Invent a narrative based on something actual, but misrepresent it in order to support a position. It’s a strawman that the conservative right somehow cannot figure out how to knock down. You still need an official identification to board any Delta Flight no matter what level of melanin you may have.

The term ‘cancel culture’ is the newest phrase used to describe what the liberal left is doing to silence conservative ideology. Big tech is on board. Facebook and Twitter selectively squash conservative thought on their sites. If anyone dares to post conservative ideas or mention ‘election fraud’ then the tech snipers are quick to fire and ‘cancel’ the thought. Twitter was bold enough to cancel the sitting President of the United States, Donald J. Trump. One also cannot post any content that would harm the Democratic leftist platform. Hunter Biden auctioning off the family name to foreign nations is the most recent example. Both Twitter and Facebook eliminated the story that was published first by the New York Post. We know now the story was true, yet no official apologies have been admitted by the Silicon Valley oligarchs. Although ‘cancel culture’ may be the sexy term in modern conservative circles, it is a bit light. We should call it what it really is. Fascism!

Slander is a common characteristic of the liberal. Fascism is another common smear imposed by the left directed at conservative thought. It’s an illusion. It’s reverse psychology. Progressives will steal your wallet and then pin the crime on you. That is how the super woke machine operates. Liberals are pushing Critical Race Theory (CRT) in high volume. We see it in private companies like Coca Cola and Delta Airlines. It has crept into both public and private schools.  Government agencies and the military have also been heavily influenced by CRT. CRT essentially is the belief that everyone categorized as ‘white’ are inherently racist regardless if they believe or act as though they are. According to CRT doctrine, anyone who disagrees with it does so because…wait for it! Because they are racists. Even if those that disagree with CRT have black or brown skin. CRT is a lie. It is a form of reverse racism. As a matter of fact, it’s actually a characteristic of fascism. That characteristic is forcibly suppressing opposition and criticism while emphasizing CRT. One can easily begin to realize that cancel culture, CRT, and fascism are tightly intertwined.

The solution for conservatives to gain the upper hand is at least two-fold.

First, silence is no longer strength for the lay conservative. To be sure, silence has never been a strength. Remaining silent when ‘woke’ rhetoric is spewed by the left solidifies the sure takeover and a forever life in the new country of Leftistan. Conservatives can no longer afford to be doormats. To not speak up when our values are being trampled and woke doctrine is forced upon us is conservative suicide. Our country was started on the backs of those that were not afraid to speak up against tyranny. We must channel that Colonistic courage and say ‘No!’ There is no alternative. Secondly, there must be a political coalition of the ‘un-woke.’ This is for Republicans, Democrats, and Independents alike. Without a unification of conservative values among these groups, there is no hope to win the woke war. I understand there are different ideologies between the non-woke groups. But majoring on the majors rather than the minor issues is key. Coming together to combat the proselytization of the left in regards to issues like legal voting, the first and second amendments, immigration, CRT, and gender neutralization is crucial. Arguing with one another about alphabetical governmental theories will not help the conservative cause. We must pull together with our time, talents, finances, and voices. Echoing the words written by Dee Snider of ‘Twisted Sister,’ we must all shout in unity: “We’re not gonna take it anymore!” Conservatives must unite!