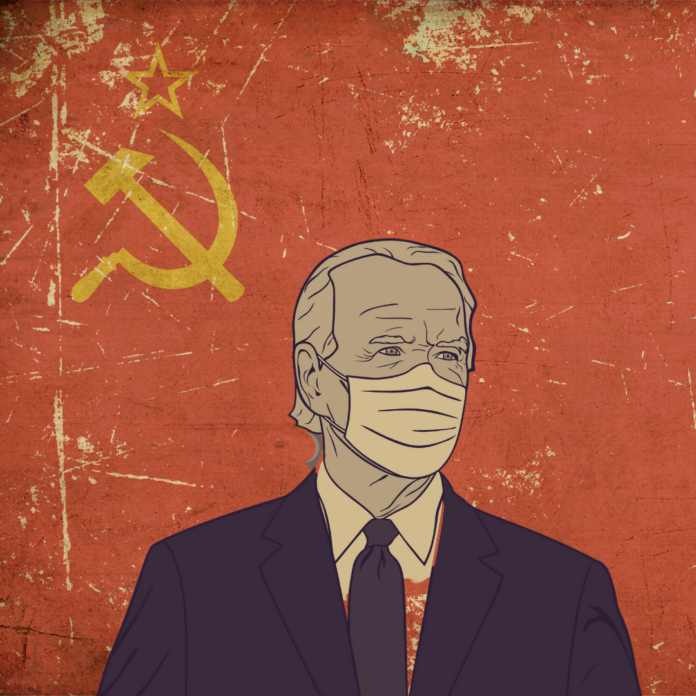 Fake US President Joe Biden is a Global Embarrassment

Alan Jones, from skynews.com.au, had this to say:

It’s no secret Biden does weird things. He has everyone around him vaccinated but they all still wear masks, a fashion statement from the Gulag.

Other countries are noticing, probably noticing more than Americans who’ve dedicated themselves to a stubborn liberal narrative at home. Biden is multi-stumbling. Biden avoids the media and criticism. Jones sums it up by saying “Biden is officially crumbling.”

“To prove the Trump point, when it came to air time on television, CNN devoted fifteen seconds to the incident. But when Trump walked slowly down a ramp after delivering a graduation address last June, CNN devoted 22-minutes to Trump’s walk; the media pushing the line that Trump at 74 was facing serious health questions. This is the same Biden who addressed Kamala Harris as “President Harris” the other day. The same Biden who, during the Presidential campaign said he was running for the Senate.”

If you don’t believe that, you ain’t Communist.