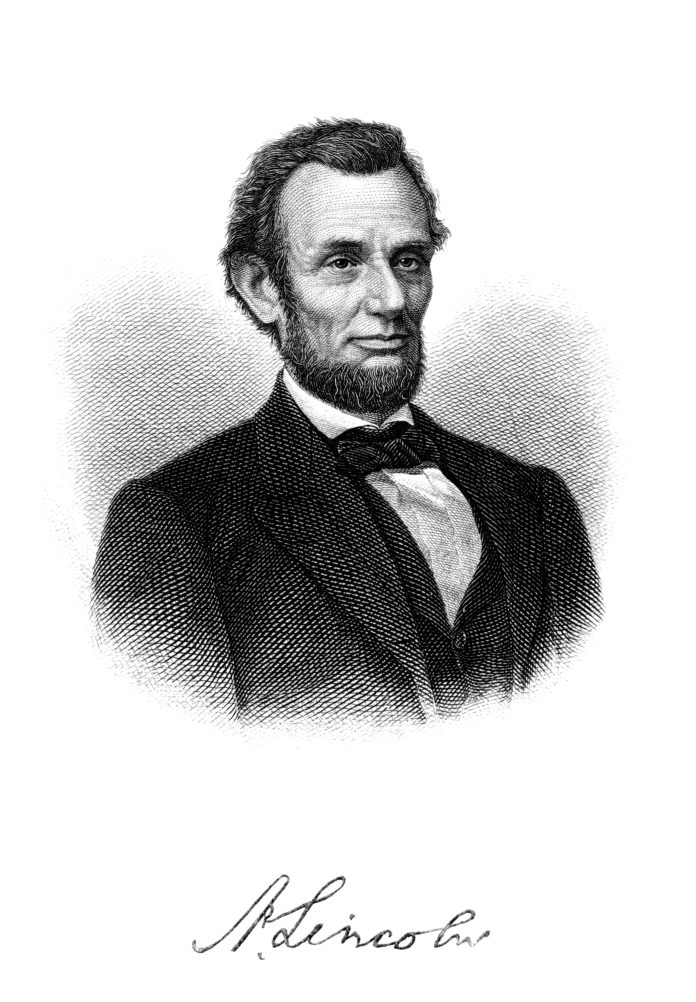 The Lincoln Project was formed in 2019 by 8 long time politically motivated Republicans. It’s target audience? Co-founding member Reed Galen told Vox that, “We have what we call ‘an audience of one’ strategy, which is clearly aimed at the president (Donald Trump).”   Here are the founders:

The gang of eight are staunch ‘Never-Trumpers’. As a matter of fact here is a tweet put out by the group in July of 2020.

It’s not a campaign, it’s a criminal enterprise. pic.twitter.com/3U2VZNcaiL

The Lincoln Project group had previously announced in a New York Times Op-ed that their goal was “defeating President Trump and Trumpism at the ballot box and to elect those patriots who will hold the line.”   But, it was all a ginormous ‘get richer quicker’ scheme. Coupled with the fact that one of the founding members had a deep dark member with a sexual desire and affinity for boys. Young boys!

The Real Goal Behind The Lincoln Project

Turns out the real motivation behind the venture wasn’t just to remove Orange Satan from office.

It is, quickly becoming ‘was’, a colossal scam. One with money, sex, and greed built into it. Almost better than a Selena Montgomery (AKA Stacey Abrams) porn novel. Almost! The Lincoln Project was nothing but a racket from the beginning. They shouted from the house tops of their anti-Trump agenda. In truth, when you examine the actions of the group, it appears that eradicating Donald Trump wasn’t necessarily the end goal. Don’t get me wrong, I honestly do not believe any of them were in love with the big bad orange man. After all the group that founded the Lincoln Project are historically D.C. GOP operatives.

For example, founding Lincoln Project board members helped George H. W. Bush win office in 1988 and George W. Bush win reelection in 2004. George Conway is the husband of former Trump White House counselor Kellyanne Conway. The GOP roots are deep.   After all we must keep in mind that Donald J. Trump is not of the GOP establishment.  This could have been the motivation all along. Whenever you mess with the normal ebb and flow of Washington D.C. then you become a target regardless of which team you are on.

So what was the main purpose of the group? Comparatively, it’s the same as almost that of every D.C. swamp creature known to man. To personally enrich its key operatives. And they would do it with false advertisement. At the same time, they took sleaze to the next level.

Certainly they, the Lincoln Project founders, had no problem spewing anti-Trump venom throughout the country. But what was unusually odd is that they done so in overwhelmingly blue areas. Places like Washington D.C. and Washington State. Moreover, they ran ads on liberal leaning cable news networks and social media sights. So if attempting to target ‘conservatives’ who voted for Trump in 2016 was the goal, their strategy seems to be as good as selling ice to an Eskimo.

Wouldn’t you venture to guess that this sort of strategy should target red states and FOX news (pre-election of course)? Is not this where all of those 2016 Trump voters hold court?

The Lincoln Project was a complete racket from the get go.

Be that as it may, by flying the ‘Never Trump’ flag, the gang of eight at the Lincoln Project knew they would gather accolades from their pals over at the Washington Post, New York Times, MSNBC, etc. At any rate, there is no better place to have a phony façade propagated than the ‘fake news‘ media.

As a result, those DNC deep state operatives profited from their articles by maintaining, inflaming, and even growing their proselytized hate Trump cult of ‘Orang Man Bad’.

In turn, by growing America’s newest religious denomination, the media platforms charged higher advertising rates. The Lincoln Project clan cashed in because the ‘news’ pieces about them were nothing more than free advertisements for more fund raising in those deep blue regions. This is what my friend Tal Bachman has rightly labeled “hate-profiteering.” They engender hate, feed that hate, and then prey on the hate. Zombies they’ve conceived and nurtured to extract millions of dollars from them. This was easy money, and they raked in tens of millions.

The grifters at the Lincoln Project brought in a cool $90 million of deep blue liberal currency. And $50 million, more than half, was funneled directly into firms operated by the founders of the Lincoln Project. This has the makings for an American Greed episode. Although the DNC operatives over at CNBC have more affinity towards programs that expose those like former GOP lobbyist Paul Manafort. In any event and for the record, I am the first to admit that Manafort is another D.C. swamp creature and huckster that just happens to do it in the name of the GOP.  But honestly, it is no different than these 8 ‘republicans’ of The Lincoln Project.

Co-founder Rick Wilson started a GoFundMe account and personally took $65,000 from bleeding heart liberals.  His promise? A film called “Everything Trump Touches Dies.” At this time there is no film. And as far as I know there will be no film. Wilson refuses to explain what he has done with that money.    The best things in life are free. You can tell that to the birds and the bees. The Lincoln Project gang of eight cronies just wanted the money!

The House Of Cards Crumbles

John Weaver, one of the co-founders, was the culprit for the foundational crack of The Lincoln Project’s house of cards.

The Associated Press published a blistering piece regarding Weaver. They reported that “in June 2020, members of the organization’s leadership were informed in writing and in subsequent phone calls of at least 10 specific allegations of harassment against co-founder John Weaver, including two involving Lincoln Project employees.”

This was inconsistent with the story that the group put out in a statement at the end of January 2021. The group claimed they knew nothing of these allegations until the New York Times reported on it just prior to this statement release.

The first member of the group that bailed was George Conway. He done so in the summer of 2020. His exit came before any allegations towards the group were known publicly. Although we know now that they were privy to these issues when Conway left. Regardless, Conway claimed he was leaving the group to spend more time with his family. His wife Kellyanne was stepping away from the White House as a top Trump advisor at the same time.

I can only speculate of what George Conway might have known at the time. Since then he has been outspoken about the group and its troubles.

Co-founder Jennifer Horn, the lone female, jumped ship after the New York Times published its piece on Weaver. In it they stated that Weaver had “been accused of sending unsolicited and sexually provocative messages to 21 men, one as young as 14 when the messages began” She claimed her leaving was directly due to the mishandling of the Weaver information. In contrast, the group claimed that she left over financial issues. Go figure!

Next came co-founder Steve Schmidt’s resignation. Are you starting to see a pattern here? Amid sexual allegations against Weaver and the financial racket with the entire group we are about to see the Trump haters begin to eat one another.   “He did it!” “No, she did it!” “It wasn’t me, they did it!”   In the end it is all just a massive political dumpster fire.

The Lincoln Project is/was a group fancying themselves as holding ‘Trump Accountable’. But in the end they were the ones lining their pockets without really even attempting to do what they said they were doing. That is turning Trump voters into Biden voters.    Basically, it was a D.C. Ponzi scheme. An empire of lies. The once boisterous group that went on 60 minutes bragging about their ‘Project’ have went eerily silent.    They claimed to be successful political operatives. In reality, it turns out they are nothing more than thieves with at least one sexual predator and alleged pedophile amongst them.    In a clever ‘get richer quick’ scheme, they passed themselves off as ‘conservatives’ but empowered the far left Democratic progressive agenda. One that America hasn’t really seen since the 1930’s.

The Lincoln Project gang of eight claimed they were going to get 10% of republicans that voted for Trump in 2016 to cast their ballot for Joe Biden in 2020.   However, it was only 6%.  They weren’t successful in their boast. They tolerated a serial sexual predator in their midst and done nothing about it. Furthermore, they knew about it. And members of the media knew about it. Young men as young as age 14 were stalked by Weaver.  But he exercised his influence and power. They remained silent.   They developed shadow companies redirecting money to their friends and themselves. Leaving us at the present time to not know exactly how much and who have pocketed the money.

Who Were More Victimized?

It leaves me with this question. Who was it that was most victimized?   Was is those donating to the $90 million thinking that The Lincoln Project would use it to further the proposed agenda and use them as useful idiots’? Or was it the naïve billionaires that were taken advantage of and had their money squandered by Lincoln Project rogue group of ‘conservatives’?

This Is The Swamp

The Lincoln Project is Washington D.C. out in the open. DNC and GOP insiders build phony careers with false narratives. In turn, they gather lots of money and enrich themselves.  If a Hollywood script writer tried to envision a classic example of swamp corruption and insider abuse, they couldn’t have came up with this Lincoln Project script.   The Lincoln Project has every element of Washington D.C. corruption.  Money, lies, sex, political infidelity, and misrepresentation.   The group attempted to pass themselves off as one thing but in the end still donned the swamp creature characteristics.    An odd mixture of evil for a group that used this Abraham Lincoln quote as their motto:   “You cannot escape the responsibility of tomorrow by evading it today.”