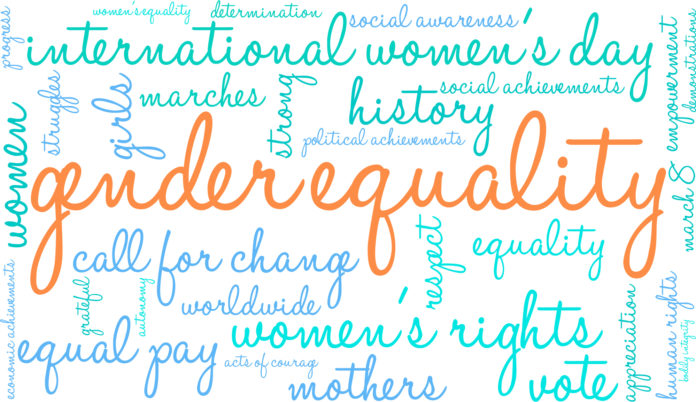 The US House of Representatives have passed the “Equality” act.  It’s amazing at how little the legislators have considered how cruel and hurtful this law will be.  The 500-plus page bill, which passed by a vote of 224-206 adds sex, gender identity and sexual orientation to the 1964 Civil Rights Act.

The major reasoning behind the bill is to shield Lesbian, gay, bisexual, transgender, and queer (referred to as “LGBTQ”) from discrimination.  That’s all well and good.  But, the law, as it’s written, also impacts religious freedom and the very legal definition of a man and a woman.  Most of all, the law will also be known for the fantastical damage it causes to women’s rights.   This bill, if signed into law by Biden and the Democrats, will set women’s rights back 120 years.

The “gender identity” clause, the law will allow biological men to claim identity as female and compete head-to-head in almost everything.   Not that the biological males have to behave as women – they don’t.   They can simply change their status verbally or on paper, and nobody has the legal right to challenge them.

The current civil rights act states it this way: “All persons shall be entitled to the full and equal enjoyment of the goods, services, facilities, privileges, advantages, and accommodations of any place of public accommodation, as defined in this section, without discrimination or segregation on the ground of race, color, religion, or national origin.”

The change will add “sex (including sexual orientation and gender identity)” to the protected statuses.  The law of unintended consequences is so obvious on this one that you have to question the intelligence of the house leadership and democratic representatives who passed it.

There are a ton of ways this change would affect all of us, but I’ll focus on the obvious one.  Because of “gender identity” which will make it so biological men claiming to be women can compete anywhere with women and the law gives them the right and protection to do so.

Biological females, competing with biological men, will have a very hard time taking trophies in their own sports.  They also will be sharing locker rooms and showers with biological males.  If this bill becomes law, it could spell the end of women’s sports.  Mom and Dad, if you can still call them that, will not want their daughters subjugated to such humiliation.

Women’s Tennis? This is an international sport, not subject, at least globally, to the laws of the United States. But in tournaments on the amateur level will have to admit biological men into women’s competition. Will American pro sports have to also allow biological men to compete, by law? If so, fans will have to decide if they want to pay for or watch that spectacle.

Women’s team sports? In college, women’s softball is a very competitive sport. If a team can bring in a few biological men to their team, who’s to object? Potential for this goes on and on. Women’s sports can become a thing of the past.

The workplace not sufficiently diverse? Call the Human Resources Department, change the sexual status or even race, since that’s an inexact science as well – of an employee or two, and suddenly conformity with the “equity” requirements are achieved.

“This politicization of medicine would ultimately harm families by normalizing hormonal and surgical interventions for gender dysphoric children as well as ideological “education” in schools and other public venues. “

80 to 95 percent of children with gender dysphoria no longer feel distressed by their bodies after puberty. Yet activists continue to push their own radical protocol: social transition as young as 4, puberty blocking drugs as young as 9, cross-sex hormones as young as 14, and surgery by 18 (or, in some cases, even younger). – Heritage.org

Another area of impact will be on divorced parents custody of children.  Traditionally, the courts largely favor awarding custody of children to their mother.  But if the husband legally changes status to female, how will the court decide, legally, who to award custody to?

How To Change Your Sexual Gender on Paper

Think it’s not that easy to legally change your gender?  In California, you do not need a court ordered recognition of gender change to change your California driver’s license, social security card, or U.S. passport.

You also do not need a court order to have a new birth certificate issued reflecting a change of gender (for California birth records); you can go directly to the State Registrar office and follow the process there.

Currently, 28 states do not require gender reassignment surgery to change the sex designation on a birth certificate.

The bill is on its way for consideration in the democratically controlled Senate.  If it passes the Senate, it’s on to a rubber stamp by President Biden and becomes law.  Welcome to the new world where science is ignored and you don’t know how to address anyone anymore. The long fought equality of women is destroyed under this ill-advised bill. Thank Joe Biden and the democrats.

Read more about the impacts of the Equality Act of 2021 here.