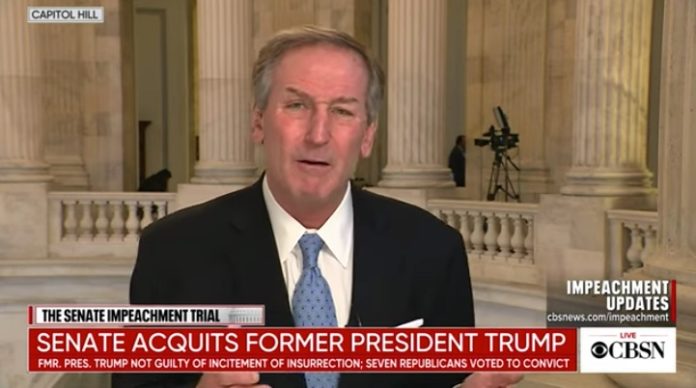 It’ll be Van der Veen for the Win!

“When I watch the news, I watch one station and it’s raining. I watch another station, at the same time, and it’s sunny. Your coverage is so slanted, it’s got to stop!”
– Trump team attorney Michael Van der Veen live on CBSN

I love this guy. Watch the end – he’s completely disgusted, rips off his mic and walks away. Anchor Lana Zak struggles to maintain her ability to jostle fact, turning a standard, normal interview into an interruption match. Her only point is her pride; she stops actually listening to her guest (read: opponent) at the very beginning.

The reporter can’t simply ask a question and listen to the expert provide an answer. Van der Veen is not swayed but emboldened.

I hope to see more of this. Got my radar up.