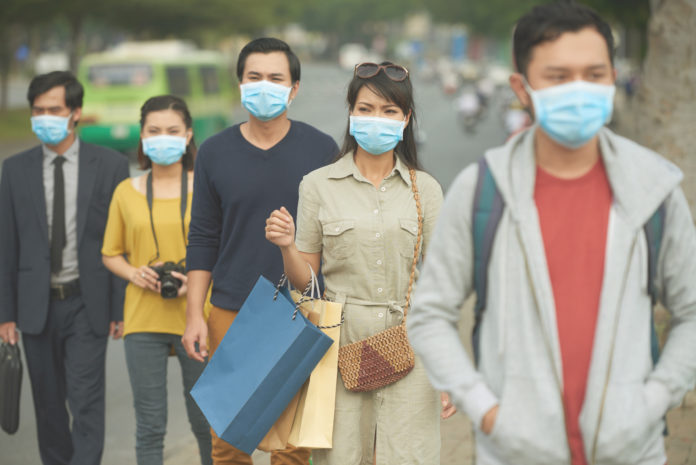 “Now that it is way too late for the nearly half a million people in America who already died after testing positive for the Wuhan coronavirus (COVID-19), Facebook, the American Journal of Medicine (AJM), and other Big Media and Big Tech outlets are suddenly coming clean about being dead wrong concerning the safety and effectiveness of hydroxychloroquine (HCQ). A new study published in the AJM right around the time that Joe Biden was installed as “president” found that early treatment of coronavirus patients with HCQ resulted in a drastically lower mortality rate.“

“Those who followed the deadly advice of Deborah Birx and Anthony Fauci, on the other hand, are much more prone to serious illness or death. Patients who were able to use HCQ at home, and especially those who did so early and steadily, had almost no risk of suffering complications, let alone death. Many who listened to the television and did nothing but be scared, however, ended up in dire straits.”

Thank you to “The Final Warning” and Jim Hoft for the above information, taken from a piece by “Ethanh” published yesterday. It’s timely and includes new allusions of certainty for public health being convincingly pronounced by the imaginative fairy-tale characters currently running the US government.

And with that I’ll shoo you all away.

I said all this stuff, and I was the ONLY ONE!

And the alarming conclusion adds even another mysteriously unknown, certainly life-threatening layer, which is that if people had simply listened to the President, they may be alive today. That’s not an exaggeration. They’re telling us hundreds of thousands of people died. No-one is accountable. Trump told us HCQ was a cure, and it was, at the time, approved by the FDA. It’s alarming the public, all around the world, appear to have followed misdirection like sheep, about their own health, looking what could be called in retrospect nothing but “stupid.” It’s not me. Look at what happened. People that people trust lied. They covered up the truth because they didn’t like Donald Trump. I can’t believe some things even at the moment I write them.

If people had simply listened to the President (people all around the world) instead of Chris Cuomo and his buddies, left-wingers like Justin Pierre “Little Putin” James Trudeau, trying to “reset” the world:

… Maybe hang around, browse a little; There’s 500 articles here and on my blog!

In November, 2020, I wrote “A Cure Has Been Found for COVID-19,” in which I reminded everyone the virus has been around since 2019. That alone is a generally-unknown fact, because it simply (genuinely) wasn’t newsworthy, and there was an easily-available, widely-used cure, HCQ. Until Trump said it out loud (April, 2020).

SHAMEFUL but true. I just don’t know exactly who to blame. I lean toward blaming news liars like Chris Cuomo, given a soapbox and public trust so they can continuously and intentionally abuse it.

On December 26, I wrote a satirical article, “STATEMENT FROM DR. ANTHONY FAUCI, WORLD’S PREMIERE AND FOREMOST EXPERT, ON COVID HERD MANAGEMENT,“ featuring Twitter posts which show up as holes in the article now; the tweet author was suspended from Twitter and the post was removed from Twistory!

I have to say, I saw this. Taking it to the ultimate layer is the boldest move, in our upside-down playground. It’s this article, “Playing With Death Counts, Mainstream Media’s Love For Lies,” in which I specifically connect the dots and conclude …

“Donald Trump’s clear prevention of the COVID-19 crisis was upended by “mainstream media.” In April, 2020, Trump said HCQ was a cure. At the time, HCQ was an FDA-approved cure since 2019. It’s clear from published information, if people had simply listened to the President of the United States, in April, 2020, when he said HCQ was a cure, the whole thing would have been all over.“

So, “A Final Warning” and their dubiously-branded article composer are on my side. We’re the bad guys, so far, in the race to spoil the narrative, tipping things on their sides like bulls in Biden’s China Shop.

I’m applying for a job as a double agent for the CCP!