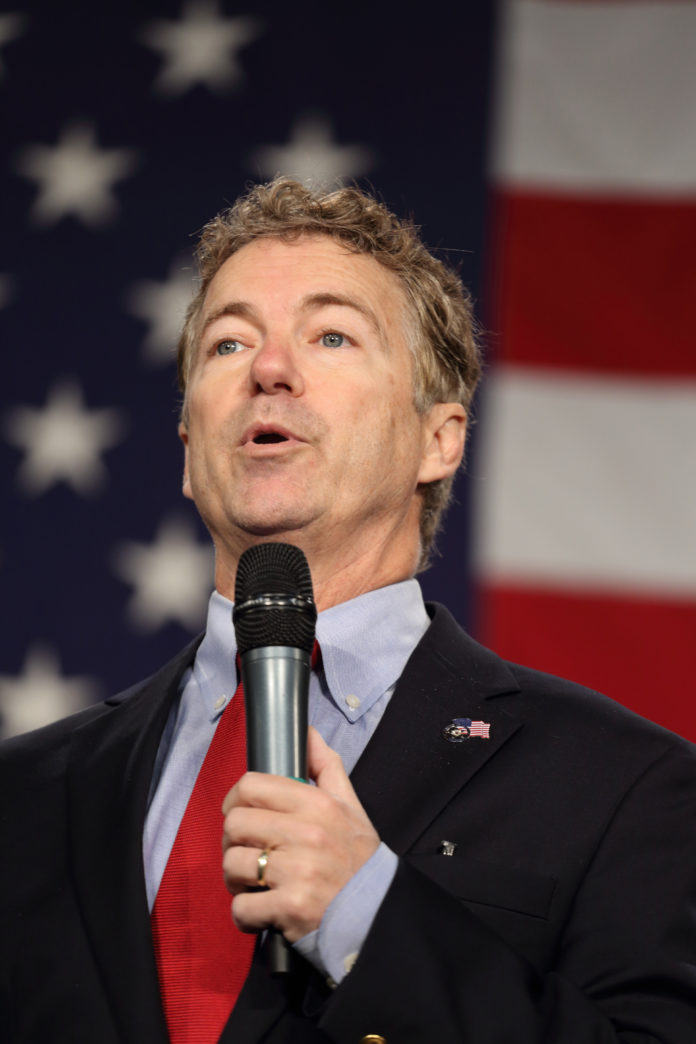 From ABC News – Election Fraud is the Topic

Somehow ABC anchor George Stephanopoulos feels compelled to disagree with US Senator Rand Paul (R-KY), despite opposition from the majority of citizens. The number of US citizens who doubt the election was legitimate will inevitably only increase from this point forward, as the Biden administration continues to show its cards, falling on false promises, placing poorly-credentialed people (some real weirdos) in staff positions, flubbing in public and lying.

There are some people, like Biden’s own wife, who may be less invested (or maybe I’m wrong, I know!); some people in peripheral places who have been tagging along but aren’t passionate about the current situation … but the more invested people like Stephanopoulos get as time rolls by, the deeper he’ll get into this mud. He’s clearly driving the car. This is not normal journalism. But it is major mainstream media, ABC news, and it’s not pretty.

Paul: “Where you make a mistake … you immediately say everything’s a lie, instead of saying there’s two sides to everything. Historically what would happen is, if I said that I thought there was fraud, you would interview someone else who said there wasn’t; but now you insert yourself into the middle, and say the absolute fact is that everything I’m saying is a lie.”

It’s like watching a zombie versus a regular human.

Paul says “They changed the law after the fact!”

Paul: “There has been no thorough examination of all the states to see what problems we had and see if they could fix them. There were lots of problems and there were Secretaries of State who illegally changed the law, and that needs to be fixed! And I’m gonna work hard to fix it. There are two sides to every story. Interview somebody on the other side, but don’t insert yourself into the story to say we’re all liars …”

Stephanopoulos: “There are not two sides to the story.”

Paul: “George, you’re forgetting who you are as a journalist.”

Stephanopoulos tries to appear gutsy, but ultimately, has no argument and his guts are being torn thin. While it seems unconventional these days the interview actually aired, wasn’t cut off and ended politely, that’s credit to no-one; just a sign of ill times. But hopefully more lifting of the veil! What worries me is where this passion comes from, in longtime journalists, to ignore what a US Senator says, and actively, arrogantly oppose him. It’s more like a beauty contest where the instigator just happens to be a beast.

Stephanopoulos has the microphone. He has the venue. He called for this discussion, invited an opponent to combat, and hopes popular opinion will continue to rally in his favor.

But he knows he’s not the winner as he enters. All this professional journalist is being asked to do is look at something objectively, and he blatantly refuses. It’s pertinent the asker is a well-reputed seated United States Senator.

I absolutely expect this kind of discussion to become normal, which will be an improvement. The public could view this. We have to continuously check our bubble of a world, easily now having gotten used to being alone … reading the same crap in the news. Knowing conservatives who believe in fair voting and the American Constitution are a wide and widening majority in the US is the only stone we have to stand on.

The mainstream media is the devil, participating in covering up things they’ll be afraid to admit the rest of their lives, every one of them, and we’ll continue to see backtracking and senseless stubbornness, where we once saw confident, trustworthy actors in TV news. Simply allowing Rand Paul to say anything on national television is a step in the right direction. While Democrats probably think they can let their guard down, public discussion is the knife that will slice open reality. The more they let their guard down and allow events that aren’t censored, the more people like Paul will feel empowered, while concurrently people will be doubting the obviously-liberal chosen narrative.

Stephanopoulos made a real ass of himself.