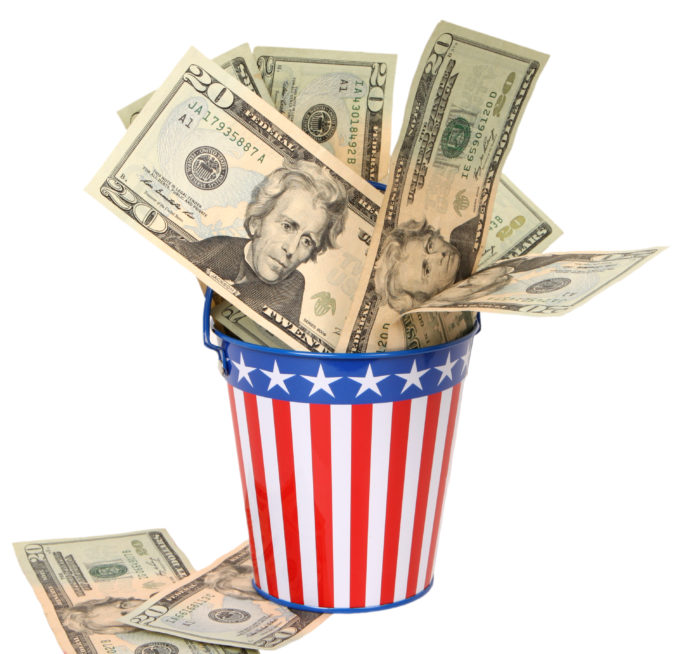 For four years, we saw leftists boycott and bully companies who supported any aspect of conservatism, whether it be Chick-Fil-A, or Goya Beans.

Media Matters, the leftist activist group, pressured numerous organizations to revoke advertising for certain companies or individuals because they did not like something they said.

I do not believe conservatives should bully or pressure companies simply because their CEO happens to donate to Democrats, for example. We believe that companies can and will have their personal views–and that’s fine! This is America. We can respectfully disagree.

But it’s important to ask this question:

Should Conservatives give their money to companies who suppress them, despise them, and harm them?

One could argue that when companies ACTIVELY start alienating half of their audience, or suppressing conservatives through censorship or shaming, conservatives may decide to take their business elsewhere.

One of the best and most effective freedoms we have is to vote with our feet and with our wallets. When people unite, companies will feel the impact. There is truth in the adage #gowokegobroke.

Aside from spending our hard-earned money at companies that uphold American values, conservatives can let companies know when they are disappointed with a business choice (like Bed Bath and Beyond and Kohl’s recent banning of MyPillow products.) We can email, call, or even tag them in an online post.

If they never hear from us, how will they know how we feel?

This year, one of this author’s resolutions is to be more conscious about where I spend my money. It is my personal way of feeling like I am doing my part–no matter how small–to “vote with my wallet” and support the kinds of companies I truly want to gain more success.

Because when unethical companies gain too much power, we all know what happens. (Big Tech, anyone?)

Why Are Some Conservatives Boycotting Companies?

Standing Up to Leftist Pressure

In recent years, the pressures applied by left-leaning activist groups have started to affect the bottom line of targeted businesses.  If conservatives stick together, we can ensure that companies who promote our values reap the benefits of our business.

My Pillow was boycotted after supporting President Trump “Lindell is standing firm, earning praise from Ingraham, conservative news outlets and fellow Trump followers who pledged to support him by buying his pillows.” – Kansas City Star  Sales for My Pillow actually increased, with conservatives more than making up for sales lost to the boycott.

“Many of these companies have been bullied by radical activists into supporting the Marxist hate group Black Lives Matter and other race mongering groups. Out of fear, some companies have surrendered by posting a quick tweet or burying a pandering web page, while others have clearly gone above and beyond a little lip service to appease the angry mob by making huge donations to go along with vitriolic rhetoric.” – Investing Advice Watchdog

Money is power. Choose wisely who you grant greater power to.

We found this list of companies who halted political donations to the 147 Republican members of Congress who pressed for more transparency before certifying the election. Source (The Hill)

(Note that other companies simply ceased all political donations, regardless of affiliation. In my opinion, this is less targeted of an attack, so I am not including those companies. However, if you would like to read about them, they are also mentioned in the below articles:)

Marriott, Blue Cross, and Hallmark are just a few of the companies cutting off Trump and GOP

Alternatives: There isn’t a great phone alternative, but Samsung is probably the next-best thing we have until Elon Musk. If you want to be less online, Gabb Wireless offers no-internet phones.

Alternatives: DuckDuckGo (which protects your privacy), or for political searches, try 4conservative.com

Brave.com is a web browser client similar to Google Chrome.  But it does not track your personal information.  It does support most Chrome browser plugins.

Amazon: Kicked Parler, the free-speech alternative to Twitter, off of its servers. Parler is, at the time of this article, still not accessible to the public.

Alternatives: Anywhere, really! Consider if you need your Prime account if you reduce purchases on Amazon.  We survived before Amazon,  and can survive without it. Maybe you’ll save money buying less stuff you don’t really need.

Twitter: Artificially makes leftist content trend on its platform. Sticks an inaccurate “fact check” label on any content that questions the perfection of the election. Censors/bans conservatives unreasonably.

Discord, TIKTOK, Pinterest, Reddit, Twitch, and Snapchat also limited or banned Trump and other conservative influencers off their platforms. Most of these apps are easily lived without.

Chase Bank: Canceled Enrique Tarrio’s account based on his affiliation with the Proud Boys organization.

HSBC:  Threatened to close the accounts of customers who refused to wear facemasks inside U.K. bank branches.

United: Kicked a family off of flight because their 2-year-old would not wear a mask.

(especially important to not grant attention/revenue)

Ben and Jerry’s: Openly advocates for BLM and criticizes conservatives:

Goodyear: Notoriously banned “Back the Blue” clothing for its employees yet allowed “BLM” logos.

Target: Ah, so many reasons

Simon and Schuster: Refuses to publish the book they had contracted by Josh Hawley because they disagree with his calls for examination into election integrity.

Gofundme: Has stopped a lot of conservatives fundraising efforts from its site, including campaigns for Kyle Rittenhouse and Candace Owens.

Bed, Bath and Beyond: Pulled MyPillow products from its shelves

A longer list of companies that have not been friendly to conservatives. (Notable companies in this list include Go Daddy, Etsy, Nike, Expedia, Converse, Toms, Expedia, Grubhub, Starbucks, Sonic)  “These companies are a threat to our freedoms.”- Investing Advice Watchdog

Choosing to be more conscious about where we spend our money can be a bit of a sacrifice. However, we can band together and show these companies that half of America doesn’t appreciate their forcing of bad politics onto the public.

This is how, over time and eventually, better companies will rise up and the cultural tide will start to shift. Be aware of what companies are doing and take action when they do something unethical. Send emails, sell stocks, make calls, and spend wisely, Patriots. More importantly,

Here are some particularly good companies that we DO recommend supporting, and that have been unfairly targeted by the left:

Here are few more good companies that support conservative principles.  “This is very, very far from being an all-inclusive list…” – Investing Advice Watchdog

With all that’s been going on lately, I’ve tried to stop sending my money to companies who openly discriminate against people like me. I’m still working on it. I’ve found it easier to start with the companies I feel most strongly about. One thing we can all do is SHARE THIS POST with fellow conservatives. We are all stronger when we support each other.

been doing my best but sometimes just dont have an alternative. like whole foods. it is the only place i can get organic food.

It will not be perfect, but keeping conservative friendly companies in mind as a criteria in choosing where we shop and what we buy instead of buying from those that despise us is crucial to keep from being cancelled.

Black Rifle Coffee should be removed from the list. They support the dems agenda