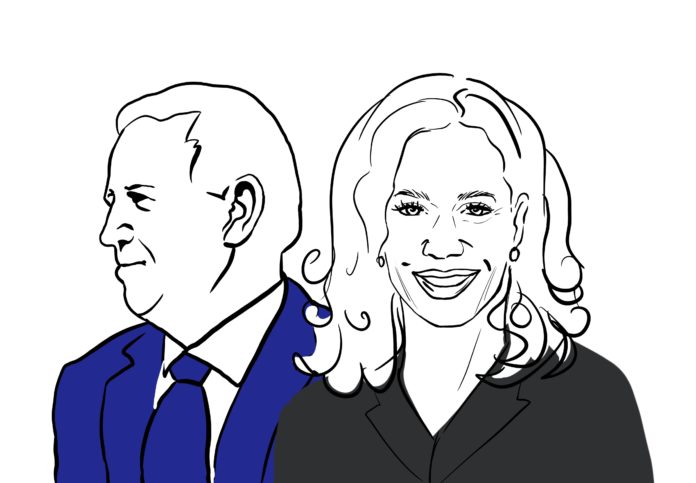 Joe Biden is a victim of the Democratic Party. Before you toss me completely to the side please give me a fair shake as I progress through this column. I promise that I can make a case.

No, I am not referring to the infamous band from Muscle Shoals, AL once referenced by southern rock giants Lynyrd Skynyrd in their 70’s smash “Sweet Home Alabama.”

What I am saying is that Joe Biden is integrated deep within the muck and the mire of the D.C. ‘Swamp.’

The Democratic Party claims to speak for the ‘common man.’ But in reality they are the rulers of the ‘Swamp.’ They are a party that rails against rich, old, white men. They just help put a rich, old, white man in the White House!

Hypocrisy is a staple and characteristic of the Democratic Party.

By no means am I giving a pass to the Republican party as that party is just as ‘swampy’ as the Democratic Party.

But Joe Biden is a victim. Here’s why.

I am not Joe Biden’s primary care provider. Nor will I ever be. Even though I have a license to practice medicine, I am making it very clear that I am not diagnosing President Biden.  I am simply giving an observational opinion with the information that is publicly available.

You as the reader can do with the information as you wish. However, it doesn’t take a professional license to practice medicine to see that Biden is not as good as he once was.

Again, to be fair, at 78 none of us will be Lord willing we live to see that age.

Over the past 2 years we have painfully watched Biden stutter and stammer through scripted speeches, town halls, and debates.

We have witnessed him hide in his basement for weeks on end. We have watched him mistake his wife for his sister, the logo of his alma mater from the NFL’s Philadelphia Eagles, and the ‘Palmist’ for the ‘Psalmist.’

President Biden more often than not provides palm to the forehead moments. To be fair, the now former President Trump has done the same. But in a different manner altogether. President Trump doesn’t show signs of slipping mentally.

And lets not forget Biden’s slip of Mitt Romney’s name. While in a struggle to remember Romney’s name Biden stammered along until he had a flash of who it was he was trying to remember. Although he couldn’t recall the name, he could recall the religion. Biden reverted to, ‘the Mormon.’

That was a LOL moment!

Democratic Party Is In Control

How is it that a man who has been in Washington for 48 years forgets the name of the man at the top of the previous ticket that he was up against for the highest office in the land?

The answer is that those with solid functioning memory don’t forget those things.

Biden’s best days are behind him. But the Democratic Party doesn’t care. They are in control now. Politically, Joe Biden will be acting in similar fashion to Royalty in England. As a figurehead.

Sure he will throw out executive order after executive order with his signature. He will give speeches he had nothing to do with in writing. Speeches that he can now barely read from a teleprompter. Biden has a checkered past when it comes to political speeches. He has a tendency to rip them off from others.

President Biden’s reign will be directed by the Democratic Party. They are the puppeteers in the background pulling the strings.

Leaders Of The Democratic Party

That would be Bernie Sanders. The same socialist that Joe Biden (more specific it is Biden’s handlers) has named as the Chairman of the National Budget Committee.

That’s super! There’s never been a better time to try and open a business and attempt to make your own money in America! (Insert sarcasm here)

But Bernie doesn’t care that he was ‘cheated’ out the nominations. He accumulated some new property and toys out of the ‘deal.’ And he still has a Manson-like following.

Joe Biden, mentally is in dire straits. He’s 78, what do we expect? But he is the ‘leader’ of the free world.

But chock one up for rote memory!

Biden has ran for a State Senate seat as a member of the Democratic Party 7 other times. That’s right, 7! He was in the US Senate from 1973-2008. That streak was only interrupted because he became the Vice-President to 44th POTUS Barrack Hussein Obama.

A family member or friend of Joe Biden should have intervened early because of  knowing what was to come. Or were they willing to sacrifice what was to come for power or a possibility of being a part of the cabinet? It appears that sacrifice has been the choice.

When Joe Biden does the rare interview notice that his wife, Jill Biden, is always by his side.

Why is that? Is she there for moral support? Questions are already scripted and if not put up quickly enough ole Joe has some trouble. Take a look:

It’s sad really. His friends of the Democratic Party and family should have stepped in and stopped this. But power is more important.

The fact of the matter is that Joe Biden knows no better. His dream was to become President of the United States.

This dream has come true. Regardless of how he got there, he has done it. Helped and abated by a Democratic Party so liberal and so progressive that Biden won’t be able to even speak the lingo. He has to read it. And he doesn’t do that very well.

One thing is for certain. Joe Biden understands commands like ‘sit,’ ‘speak,’ ‘roll-over,’ and ‘shake.’  His handlers of the Democratic Party will continue training him up.

Can you teach an old dog new tricks?

If not, we shall be hearing from ‘President Harris’ real soon.