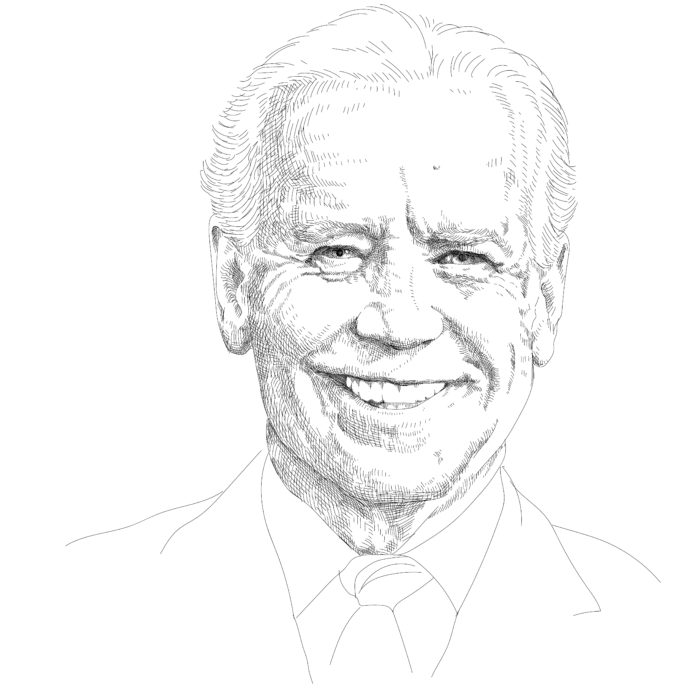 Welcome to the New World Order. It’s scheduled to be made official today. We’re all anxiously awaiting an event most Americans have come to doubt, if not shudder thinking about, if not despise … and it’s today! Justice is still waiting in the wings, and all day millions of American patriots who’ve been stolen from will be wondering if she can come out and play.

It would have to be a very broad, clean sweep. A total washdown. This swamp is getting deeper every day.

Members of The PNW Youth Liberation Front (@PNWYLF) call themselves, publicly, anarchists. They think solidarity is their strength, and they seem to be afraid of law.

Transcribed from above “rally poster”:

This person (group) is trying to pose as “Biden Haters.”
They say “no streamers,” “no peace police” and “Bloc up!”
That would be typical of the exact opposite of Trump supporters.
They do this freely and openly on Twitter. It doesn’t get taken down.

The account is “temporarily restricted,” by Twitter, with a note that says “Caution: This account is temporarily restricted. You’re seeing this warning because there has been some unusual activity from this account. Do you still want to view it?” … but you only see that message if you want to view the profile directly. The tweets still show up in feeds. The account is not suspended. The post and “poster” are visible on Twitter, though there are a few ways to navigate to it where it says “tweet not available.”

The tweet is “pinned,” meaning it stays at the top of the user’s profile, meaning he doesn’t want you to have to scroll; he wants to showcase the post.

As with much of Twitter and modern user-generated-video, I don’t know what to make of it. Really, it seems obvious there’s a group of self-described “youth crews” who communicate freely and openly, under the umbrella of the First Amendment and Freedom of Speech, about pretending to be Trump supporters, and cause dramatic, violent videos and scenarios to feed mainstream media. Yes, outlandish, but conceptually believable in context.

From “Evan Pierson” (@EvanPierson8) · Jan 17 Replying to @PNWYLF
“Hello comrades, quick question: do you think this will be over by 6 pm? I have dinner plans with my parents. Let me know, thanks!”

And this points to an international scam (they call “the great reset”):

From “just tired. |1312|” (@turtpipchim_) Replying to @PNWYLF
“Love and solidarity from Ireland”

Unlike many politics-posts on Twitter, this one (the J20 poster) has a following that’s impossible to nail down. There are people who declare they’re disappointed with both Democrats and Republicans, and a few “trolls,” an unfriendly term used to describe someone who’s of the opposite persuasion browsing and sometimes chiming in with an opposing view. Generally, the post did not get a lot of action, possibly due to limited visibility through Twitter.

From “Chipbutty” (@Chipbutty11) · Jan 17 Replying to @PNWYLF
“Hey guys and gals and its and thems etc etc. I want to buy the new @MrAndyNgo book about you and was wondering if you think I should order it from Powell’s or Amazon. Which do you recommend? Looks like a fantastic book. Enjoy your little march on Tuesday.”

Someone please re-open the mental hospitals?

Some Americans need to be locked up. And I’m serious. California has released thousands (THOUSANDS) of criminals in the name of chinavirus, and Obama let all the nutty people out and closed the nation’s mental health hospitals. It really does seem we have people freely allowed to break the law. This can’t go on for long, I don’t think. There is righteousness, and it will knock on everyone’s door one day.

These people are apparently ready! Is there a better way to admit lawbreaking than to call for a violent riot, sleep with haters and thugs and publish instructions on how to deal with annoyances like the FBI?

What kind of a life? How much are these kids getting paid? Why? Who? These people are not proud; they have built nothing; they aim only to destroy. But the best question … Oh no, who’s at the door?

The video below shows police and BLM clashing in New York City Monday evening, Jan. 18. I don’t advocate this behavior and am reluctant to show it to anyone, but it’s real and being downplayed.

(Jan. 19 2020) – “Last night in NYC-event was called the Black Liberation March Dozens of cops injured. This is the left’s 5,000th violent riot in 1year’s time. But it wasn’t conservatives-so it was a glorious, historic &amp; necessary thing. And definitely NOT an insurrection!” From “Steve Laws” (@Steve_Laws_) via “Brandon Straka” (@BrandonStraka)

Thanks to all patriots for supporting law and order!

This is not that!

But the best question … Who they gonna blame?

It’s far too true for today’s wimpy journalists. “The surreal moment that a #Trump supporter begs cops to intervene in the #CapitolRiot”

The World is a Stage

The world, as shown to humans, is a big stage with bad actors.

The video above may be authentic, though I struggle with the whole scene that day, thinking everything, the entire event, looked fake, surreal, staged. At least the guy with the MAGA cap in the video isn’t wearing horns.

The best education today, for our youth, is skepticism.

Meaning, we all need something to believe in!

I choose to believe in God, righteousness, fairness and lawfulness!