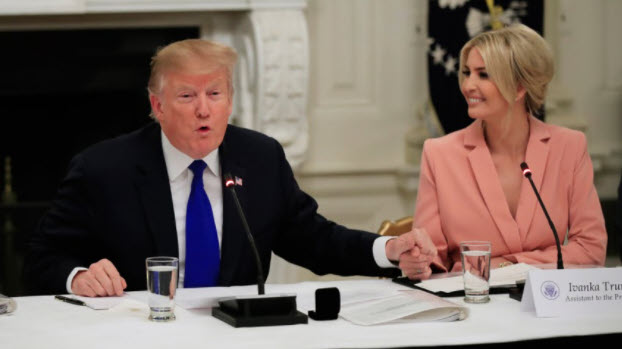 Thanks to President Trump and his daughter Ivanka, The Global Women’s Program has helped women all over the world in spite of the leftist mob media labeling Trump as “sexist” his actions prove otherwise.

The Global Women’s program was established in February 2019. President Trump made the program a priority of U.S foreign policy and national security. The Global Women’s Program partners with foreign governments and private sectors to help women increase opportunities for education and skill training. The program also gives access to capital markets by removing and reducing barriers in the global economy.

The program has been in business for two years and is halfway to reaching its goal of helping over 50 million women in developing countries advance economically by 2025 according to a report from the U.S government Women’s Global Development and Prosperity Initiative that was released on Wednesday.

Ivanka Trump said in the report “That’s millions of lives full of promise, mothers who can better provide for their children and women who will start businesses and become job creators investing back in their communities.”

Trump was so maligned unfairly by the leftist media. It’s mind-boggling. So many great women advanced with the help of his presidency! It was a great opportunity missed with the beautiful first lady Melania with a heart of gold. She should have been on 1000’s of magazine covers and stories. Ivanka as well. Style, grace, and passion for helping people. The left did a massive disservice to the world. But the story isn’t over yet. Good things yet to come.