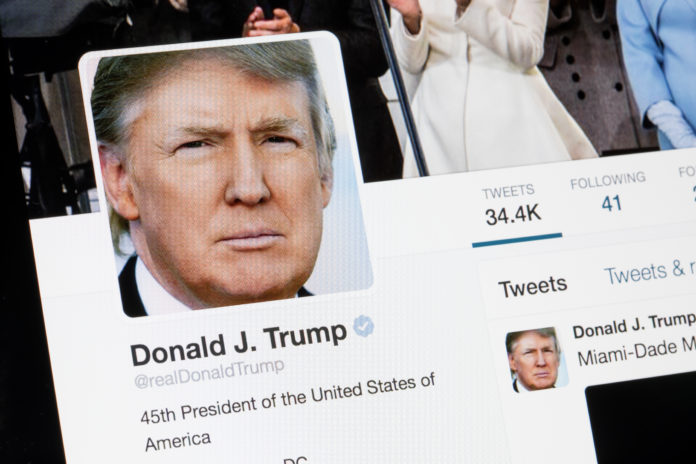 You can call me names for the headline. Understood. Concede nothing. I hope that Trump remains in the White House, but if he doesn’t, he will remain our leader if he chooses. This article isn’t anything about conceding anything. In fact, it’s a strategy moving forward that I hope plays out over the next four years if Trump isn’t in the White House. It will be fun to watch and I hope I can be a part of it. I hope we all can.

The Voice of the Presidency

Donald Trump knows how to control the narrative in a way no president has in recent history. As long as Trump has a voice, he will lead 70+ million Americans, no matter his political appointment. For that very reason, the people of Facebook and Twitter want to remove him from their platforms. They are aware of the fact that he will control all political conversations as long as he wants if given the chance.

“When you tear out a man’s tongue, you are not proving him a liar, you’re only telling the world that you fear what he might say.” – George R. R. Martin

Trump doesn’t need the White House to be powerful. Remember, the White House is just a place, and President is just a title. Genuine power and leadership come from somewhere else. If Trump leaves Washington D.C., he will still be able to overshadow Joe Biden, Kamala Harris, and the rest of the swamp for at least the next four years if he chooses. Donald Trump used his voice and his position to lead the American people. Every other President in recent memory has used only the position. Remember when George W. Bush was in office, and how he commanded the people? How he could have had millions of voters show up in Washington DC from all over the country with a mere suggestion over MySpace? Do you think George W. could fill a backwoods community center with supporters now? Neither do I.

As we’re about to find out, there is such a thing as a weak President. If it happens, the inauguration ceremony could be the last we ever see of Joe Biden. The media has focused little on Biden. There is no evidence that they will change their course. The media will probably continue to ignore Biden so they don’t get stuck with the duty of explaining his ineptitude. I predict that the Left will make sure Biden goes down in history with Millard Fillmore and Chester A. Arthur as one of the most forgettable Presidents in American history.

The mainstream media has set the precedent that Presidents can be subjected to unrelenting attacks for the entire duration of their term. Biden cannot take the slings and arrows with nearly the same composure as President Trump. His family already has plenty of known skeletons in their closet, and with nearly 50 years in politics, there are bound to be more. If he chooses, Donald Trump can turn every single one of these fiascos into something much larger than the “Russia Russia Russia” hoax he spent his first years in office deflecting. In fact, Biden’s entire term could be bogged down with the business of fighting his own scandals and attempting to limit Trump’s influence.

If Joe Biden steps into the White House conservatives need to play the political game the same way Leftists have been for decades. As many said before, conservatives have been engaged in a policy debate, progressives have been fighting a war. Biden, his press secretary, his staff, and his family should be subjected to the same treatment that President Trump and his family have endured. They should be too distracted with their own problems to ever affect any meaningful change in American life. As a political strategy moving forward I suggest the following…

President Trump has proven that experience in politics isn’t a prerequisite for capable leadership. Some of the best conservative voices are too busy for politics. They have been preoccupied with matters more important to their own businesses and family legacies. The fact is this – the best leftists are already in politics, the best conservatives are elsewhere. When the left pushes them too far or taxes them too much, more good conservatives will take matters into their own hands. With the events that have taken place in the last week, many strong republicans who have been reluctant to jump into politics are beginning to see that things are getting out of hand. We need bold and bright conservatives running for office in 2022. Remember, the pendulum swings hard.

Democrats are scrambling to suppress conservatives. Wouldn’t be surprised to see Biden and his pocket houses of congress expand beyond Trump rally bans, all the way to free speech bans for anything that goes against the Democratic Party agenda. This is a war. Patriots realize that. Republicans better realize it. Expecting lots of Patriot candidates in the coming elections. Big tech will try to minimize the Trump effect. Their platforms will halved in size and be chopped down in relevancy.