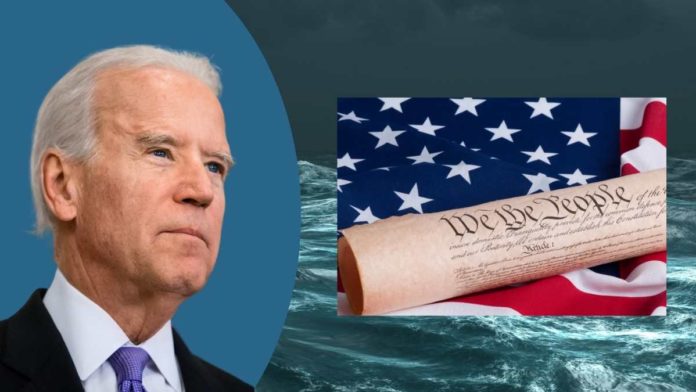 We’re at a turning point in the United States of America. Out with the old, and in with the – older? Founded on a constitution based on Judeo-Christian values, we turn towards socialism and leave Christian values behind. We trade them in for the intellectual hegemony of Karl Marx and Vladimir Lenin. We move from the capitalist system that made us the economic and innovative powerhouse of the world, and towards the “share the wealth” high tax socialism, where risk taking innovation may not be so rewarding.

We’ll still have capitalism, but small businesses, which are responsible for most of our jobs and economy, are on now on life support with a good deal of them disappearing forever. Thanks COVID-19. But not only COVID-19 – small businesses are being hit in several directions at once.

Why risk everything to build a business when taxation takes away the rewards? New York and California, in particular, are experiencing a mass exodus of wealthy people as we speak due to rising taxes and over-regulation. Jobs? Yeah, they take those jobs they created with them. Austin, Texas seems to be benefiting from the exodus.

What else lies ahead for us? Where is this crazy bus headed?

FRAUDULENT PRESIDENCY and ELECTIONS
Joe Biden, backed up by Democratic Party election fraud, is likely to be our next president – at least officially, if not recognized by many millions of people. Weak judges, afraid of what might happen to them if the stand in the way of the leftist woke media and the angry youth mafia movements such as Antifa, have come up with many reasons not to look at actual evidence. “We watched as our cities and innocent people were violently attacked by Antifa and BLM, all the while being excused, justified, and even exalted by the media and opinion shapers.” @Rabbi Aryeh Spero, American Thinker

Will a weak Republican Party suddenly grow a backbone? Not if Mitch McConnell has anything to do with it. It’s become a uni-party, where Republicans are really not much different from Democrats at the highest level, except for a few lonely Patriots carrying the load for the people. Trump is continuing the fight, and he has some cards left to play in this – it’s far from over. Get some fresh popcorn, and make sure you’re fully stocked up for the zombie apocalypse.

Will elections matter in the future? It depends on if our elections are freed from the fraudulent systems and people who now run things. We have a lot to clean up, and few in power are ready to even challenge the status quo, it seems. January 5th, we have the Georgia Senate runoff elections that will decide if the democrats can fully destroy the country as we know it, or if they will be restrained by a Republican Senate. January 6th will be no less revealing, as that’s the day the Joint Session of Congress decides on accepting the electoral College votes in the presidential election. Expect fireworks all around. Fizzling out, or a victorious finale? We’ll see.

WOKENESS and CANCEL CULTURE
This new state of being, where everyone is supposed to ignore their superficial differences – yet everyone Biden has selected was chosen based on just that – their superficial differences – race, gender, and sexual preference – which the latter, by the way, until recent years, nobody cared to know about. Now it seems to be a job qualification. Being white, or male, was indicted as a condition for guilt. No more is the “right person for the job” much of a factor. Common sense? Nah, being “Woke” is much more important in our future world.

If you don’t fall in line and support woke thinking, you get “cancelled”. Called out on social media, ridiculed and boycotted, the corporate world is deathly afraid of being “cancelled”. It has the power to crush businesses. Since the killing of George Floyd, corporations have made haste to show they are “woke”. Now, every commercial, advertisement, and television program has over-representation from “people of color”. Not that it’s a bad thing, but it’s from a position of fear that this is happening. The woke mafia is in control.

FOLLOW the RULES
The Government know’s what’s best for you.

“A strong central government—the state—controls all aspects of economic production, and provides citizens with their basic necessities, including food, housing, medical care and education.” – Sarah Pruitt, History.com Our young people today are taught in college that this nanny state concept is better, fairer, and provides more “social justice” than capitalism. They don’t recognize that much of what they enjoy in life is a result of capitalism and would disappear if socialism were to be implemented.

“Government assistance has morphed from safety net to entitlement where there is no accountability for the failures of the ruling political class that perpetually creates problems, as well as government incentives to “right social wrongs” that do the same by distorting the marketplace in ways that are not good for anyone.” – @TimJones, American Thinker

What else can we look forward to? Plenty more!

“There will be national gun policy, national nutrition policy, national electric and gas controls (not state regulatory agencies), and national gun confiscation (a few types of guns at first, then all guns).  National health care (private doctors only for the very rich) will be pressed upon us.” – @E. Jeffrey Ludwig, American Thinker

Kamala Harris
At some point in the next four years, Biden will probably no longer be President and Kamala Harris will become the first Female President. She has been known as the most far left member of the US Senate. Whoa, Nelly…