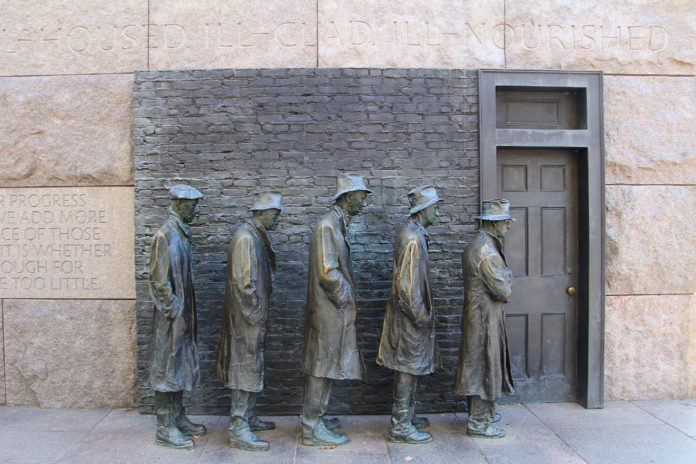 On Sunday, President Trump reluctantly signed a $900 billion stimulus relief package which was filled with unrelated spending of taxpayer dollars. The president’s chief complaint about the bill is the sum of $600 going to each American. Trump suggests a $2,000 payment to eligible Americans. The problem isn’t that Americans aren’t getting enough money.

The major problem with the stimulus package is the total disregard for the data that shows most Americans shouldn’t need any money from the government at all. Tim Worstall of the Washington Examiner points out “household incomes are hardly down at all this year”. Bloomberg‘s Larry Summers explains that average disposable personal income is higher than it was in 2019. Because of extensive lockdown measures, Americans aren’t able to spend their money at restaurants, bars, and movie theaters as they normally would. We are traveling less and saving more.

Direct payment to all American citizens under certain income thresholds could begin to smell very much like a Universal Basic Income. Policies such as these set a dangerous precedent. Currently, relief bills are being sold to the American public as emergency measures in abnormal circumstances.

If the government does end up passing out monthly stimulus checks, what percentage of us will:
1- complain it’s not enough
2- spend most of it on Amazon
3- become dependent on it to pay bills
4- complain about Jeff Bezos’ fortune

Remember that the Social Security Act of 1935 was part of Roosevelt’s New Deal to lift America out of the Great Depression in the early 1930s. Social Security is still here. The precedent of sending cash to all Americans will remain in the minds of democratic socialist politicians like Andrew Yang, Bernie Sanders, Elizabeth Warren, and others.

It was an Emergency in the Beginning. What About Now?

In the initial phases of the coronavirus pandemic, all eligible Americans received a stimulus check to bridge the income gap only some experienced. In April 2020, congress rushed out the aid package to get money to those who needed it immediately. Economic uncertainty loomed large, most people didn’t know yet how the pandemic would impact their earnings. As we near the one-year anniversary of COVID-19 being reported to the World Health Organization, most Americans understand how the pandemic has impacted their finances.

Of course, there are Americans who have been impacted by the pandemic and economic shutdowns. We should identify and help them. In the first round of checks, congress rushed money out as quickly as possible. Since then, talks of a second stimulus check have been ongoing. In this second round of payments, billions of dollars will go out to families that don’t need the money. It’s an egregious misuse of taxpayer dollars. Our bloviated government should have found a better way to identify the people who actually need the help, and separate them from those who haven’t missed a paycheck. Americans have been waiting for too long for the excuse of expediency to be legitimate.