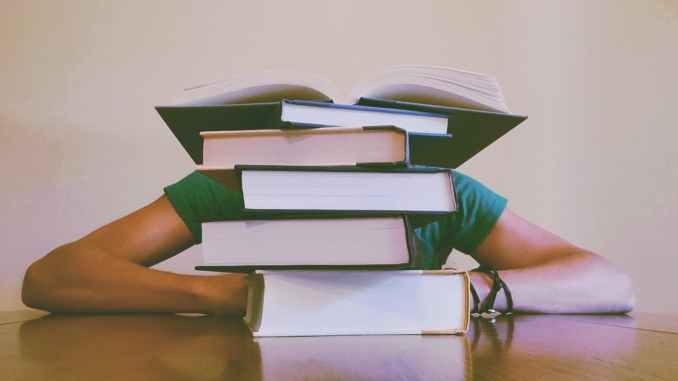 Leftist indoctrination is not a new concept. My in-laws were college sweethearts in the 70s and they both bemoan the brainwashing that was going on even back then. My late father-in-law would joke that he loved studying history because it was always changing. He was hinting at the idea that people have constantly tried to adjust history to fit their narrative. In the modern-day, there is an effort from the far left to paint westerners as the ultimate enemy and the oppressors of all mankind. We are not. In the west, we have made our fair share of bone-headed mistakes but in general, people are as well-intentioned as anyone else.

“There are a terrible lot of lies going about the world, and the worst of it is that half of them are true.”

Despite the universities being biased, certain people seem to have an immunity to the brain scrubbing. Other people get really fired up about leftist ideologies while they are in college but #walkaway as they enter the workforce and mature. Here is a video from a woman named Georgia who had a change of heart. She shared her walk away experience from the Democratic Party. It is a lengthy but fascinating video. She explains how she moved away from extremist ideas over time.

One of the extremist positions on the far left sees the world through a dangerous outlook. When anyone disagrees with you, they immediately believe that you are doing so out of malice. They have a perspective on life that sees interaction through a lens of hate. This ideology closely models a religious framework called CRT. They believe that people that disagree with them are doing so because they are racists at their core being.

Consequences of the Echochamber

It is not a healthy rational world view. It is difficult to have an intellectual policy debate with someone when their view of your motivations is distorted. It is not surprising that people are having discussions about a civil war or the possibility of states seceding from the union when people actively misinterpret each other’s rationales.

Civil unrest would be a welcomed sight to America’s enemies. We have been in a cold war with China for quite some time. We have seen them move around their troops as a display of power. The American military has quietly done the same thing, and all the while, Americans are going about their daily lives nearly unaware of the Chinese threat to the East.

President @realDonaldTrump: America is a sovereign nation and our first priority is always the safety and security of our citizens. https://t.co/955k8a9miC pic.twitter.com/16MhoqK0QV

The United States has more protections from foreign adversaries as a united nation. Intelligence analysts are adamant that there was election interference. It has come to public attention that several members of congress have been closely involved with Chinese spies. The Chinese have also used their involvement in America’s university system as a means to spy on America’s research.

American’s are at a crossroads with their universities teachings. The left-leaning ideologies have been pervasive for decades, but it appears to lead to increased division at this crucial moment. The civil unrest is exposing a weakness in our great country. In the past, Christian universities were at one time an alternative to leftist indoctrination but even they are also embracing far left-leaning ideology. There is now a rising woke church that embraces far-leftist views. Rick Warren’s megachurch Saddleback in California is openly embracing segregated worship services, and touting it as a sign of “progress.”

You are brothers and sisters in Christ. All made in the image of God. White people are not oppressors. You are not oppressed. A segregated church is horrid. https://t.co/6zJwQnOOHP

Americans need to take back their country from hateful ideologies. Whether it is at the university level or in the primary grade we cannot continue as a nation to push radical extremist views without offering an alternative perspective.

I have witnessed in my own family how liberals feel threatened by opinions other than their own. Open mindedness is not a trait they possess, contrary to their belief if acceptance of those different than themselves.