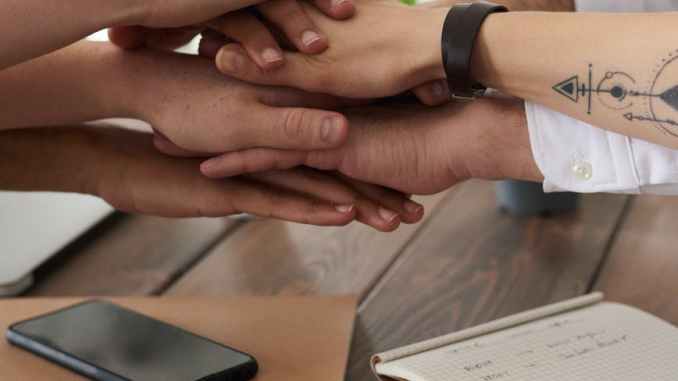 The United States has become increasingly divisive. It has gone beyond your typical election year mudslinging. The progressive left has been quick to offer their brand of history to explain what we are seeing. The Black Lives Matter national group along with the pervading theories in academia have proposed an ideological framework that tries to explain what we are seeing. They offer a prescription for it in that they believe that they need to “do the work” to tear down unjust systems of oppression. American systems are the central focus to dismantle.

One thing that we know is that their message resonates with many black Americans and it’s important to understand why that is. In a music video from Jason Gray, the first image that is posted is a black woman holding a sign that says “I don’t matter.” You would think that this had been created after the Black Lives Matter group was formed in 2013.

This video was posted to YouTube in 2011 well before the tragic death of a black teen Trayvon Martin inspired Cullers, Garza, and Tepeti to found BLM. Trayvon Martin was killed by a person of color that was fearing for his own life. The shooter was later acquitted by a diverse jury.

Despite the original story, President Barack Obama echoed a message nationally blaming racism. He made a statement claiming that this type of incident was normal for black Americans and it could have happened to one of his children. With a cursory glance at murder rates, we can see this is not the case. Black Americans are not at an increased risk of being killed by other races or by the police. Last year, 14 unarmed black Americans were killed by the police. In a country of millions of black people, the chance of dying in such a manner is incredibly low. Black on black crime is a far more likely cause of death for black Americans, yet their focus narrows off that topic altogether.

The murder statistics do not match the sense from black Americans that their lives don’t matter but other disparities certainly do. Namely disparities in healthcare for black people. The story of Kira Johnson is absolutely heartbreaking. Kira suffered from a postpartum hemorrhage and passed away. She left behind two precious boys and a lot of unanswered questions.

In the video, you will see two different perspectives. One side views the issue as an issue of systemic racism and the other sees the problem as being mainly physiological. The numbers are alarming. The number of black babies that will grow up in the United States without their mothers is horrifying.

Here are some of the statistics:

In the video, medical doctor and Gynecologist, Dr. Sujatha Reddy addressed that black women’s bodies are physiologically different from other women’s bodies. We know about diseases such as sickle cell anemia are prevalent among black patients. In particular, black women deliver their babies earlier than other races. It seems unlikely that a few 15 min doctors’ exams throughout pregnancy would be able to account for that. There are studies dating back to the early nineties that suggest that black people process sodium differently than other races. Black people are at a higher risk of dying from heart-related problems as well. We have known about these disparities for decades but there is a serious concern as to whether we could be putting more focus on trying to solve the correct problem

As Americans, we should be asking whether we are putting the focus on the correct problem. Historically, researchers used to perform all their experiments on mice that were male based on the assumption that female mice would be too emotional. Finally, someone questioned the status quo. Male and female bodies are in fact very different. It took years for people to realize that males and females exhibit heart attack symptoms and that left women at a disadvantage.

We should be questioning the status quo here. Have we done enough research regarding how black people process medications and other related issues? I can tell you that there are people praying right now that more people would feel a calling to investigate Black healthcare disparities. As of writing this, there is no faith-based organization that is championing research for black Americans, and I hope that there will be.

Many organizations that have been created to help black people never achieve that goal. Their profits are funneled into political campaigns and their function aims mainly to combat racism without questioning if that is really the problem.

This doctor breaks free of the mold. He realizes that certain diseases present differently on black skin, but the medical books mainly showed images of diseases on light skin tones. Darker skin tones are more difficult to make a diagnosis. He did not accept the idea that this was systemic racism and wait for people to change. He is changing the way people are taught.

While other people have had the philosophy of, “where there is smoke, there is fire” when it comes to systemic racism. They see a disparity and assume that the doctors are choosing to treat their patients differently but often that isn’t the case at all. Darker skin may be the reason why black people are less likely to receive adequate pain medications. Lighter skin tones turn different colors easier when people are feeling faint and a darker skin tone will present differently. Some diseases may always be more difficult to recognize on darker skin tones but the awareness is a huge leap in the right direction.

In the documentary on Kira Johnson, one of the women exclaims that what we are seeing is racism. She feels like the reason that we see these disparities is because people believe in racial stereotypes that are untrue. In Kira’s case, her husband is left wondering whether he should have advocated more for her. He said that he was worried about how healthcare workers would respond to him as a black man if he were to react too aggressively.

There is evidence to suggest that racial stereotypes play a role in healthcare. Studies indicate that black infants fare better when they are treated by a black provider. We would hope that people are not knowingly giving better care to people of certain races. It is believed that people may have implicit bias.

Implicit bias is an idea that people have a bias towards people that they have more in common with even without realizing it. Studies have shown that people with long hair have more friends with long hair, people that wear glasses have more friends with glasses, if you love the Lakers then you will tend to have friends that do too. People are naturally inclined to relate better with people that they have more in common with. In the healthcare setting, this could be disastrous. If a patient and their healthcare providers don’t communicate as fluidly, they may spend less time going over pertinent health information. The theory is interesting, but it likely does not explain the whole picture. The degree of impact that implicit bias has is difficult to study and prove. Both the doctor and patient must be aware of any biases that they made be holding when they enter the health environment.

The hope is that people will feel inspired to fight against racial disparities for black Americans. Have an honest conversation about these issues because it really does matter.

Sunday Thoughts: Dad, a Philosopher With a Sixth-Grade Education, Was Right About the World