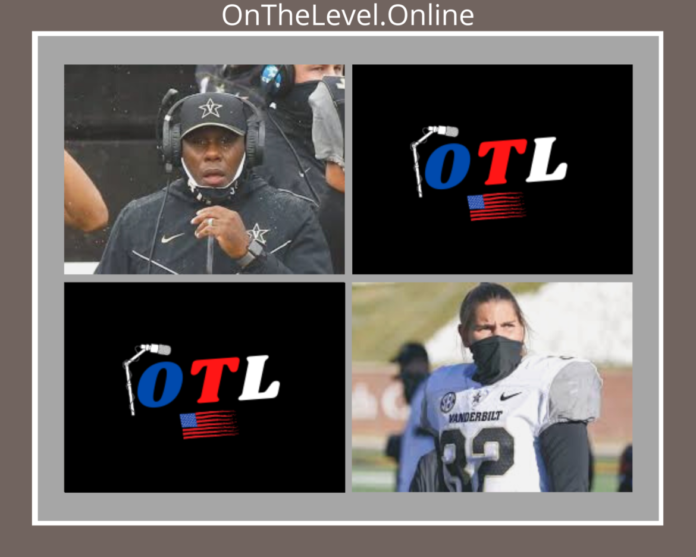 But this wasn’t the excitement.

Okay, the real football fans may have been ready and pumped for the game.  However, this was the super bowl of college football for America’s woke population.

The Vanderbilt football team officially had a female suit up to play football.  Her name is Sarah Fuller. She even ‘played.’  She came out to perform the 2nd half kick off.  The ball traveled 30 yards.

If you are familiar with college football then you are aware that a kickoff that travels 30 yards isn’t spectacular. But the SEC felt the need to name her special teams player of the week and wrote that “her perfectly-executed kick sailed 30 yards.”

Here is the video within a Tweet from Sportscenter.  Assess for yourself.

I am not attempting to demean Sarah Fuller.  The student-athlete is not intentionally attempting to deceive anyone about her identity. She is a starting goalie on the Vanderbilt women’s soccer team.  She is a division 1 athlete.

Contrary to what the SEC wrote, the ball didn’t ‘sail’ 30 yards.  It was a dribbler.  And a 30 yard dribbler is hardly ‘perfectly executed.’

This was her only appearance in the game.  She was named the Southeastern Conference College Football Special Teams Player of the Week.

What was the purpose?

It was an attempt for a college football head coach to save his job.  You see, Derek Mason’s team was 0-7 heading into this game.

The woke stunt wasn’t enough to save Mason’s job.  The Vanderbilt football coach was fired the following day.

The team apparently needed a kicker for the game.  Positive COVID-19 testing had hindered the roster.  Vanderbilt doesn’t have a men’s soccer team.  Ironically it was disbanded in 2006 for Title IX reasons.

Oddly enough they do have a punter.  Can a punter not successfully or ‘perfectly execute’ a 30 yard dribbler down the field?

Of course he could have.  This was a woke America publicity stunt to try and save a job.

**You Can Read More Content & Listen To Podcasts From ‘On The Level: Where Spin Meets Sanity’ on the WEBSITE!