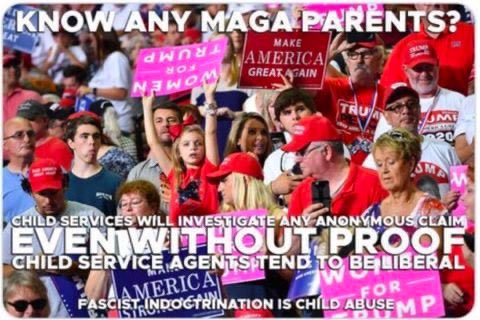 Trump is the Proven Winner

If President Trump and his legal team can prove that the current election results are fraudulent, then prosecutions should be entertaining to watch. Also very entertaining to watch will be the infighting and crumbling of the democratic party. Losing the presidential election and several seats in Congress would deal a major blow to any remaining democrat party solidarity. The rift between the far-left progressives and the closer to center democrats that make up the party will continue to widen.

Within the halls of Congress, the American people have clearly issued a referendum on progressive politics. I hope that over the past four years, hundreds of thousands of former democrats have started to grow weary of the progressive left and the constant negativity of news networks that support the progressive agenda.

If the Trump legal team and Sidney Powell are able to prove that Trump should remain in office then conservatives should celebrate. Conservatives should look into voting districts where the margins were the smallest and focus on those areas so that a supermajority in congress can be achieved in 2022. The other immediate focus should be on returning to pre Covid-19 normalcy and the distribution of the available vaccines to those that want them.

If Harris and Biden Take Office

In the event that President Trump is unable to prove that he has been re-elected, Kamala Harris and Joe Biden will be moving into the oval office. Along with an extremely progressive staff, the “Biden” administration will begin an aggressive assault on our freedoms as Americans. In recent press conferences posing as the President-Elect, candidate Joe Biden has stated that he will pursue a nationwide mask mandate on the first day of his presidency. He will also begin the process of rebuilding American’s economy into a stakeholder capitalist system. The Biden administration will also begin to pursue radical firearms policies.

For years cable news networks have conditioned Americans to believe that conservatism results in racism, sexism, homophobia, xenophobia, and worse. The fact that Christians tend to have a biblical view of homosexuality, abortion, and gender norms puts us at odds with people who are not. Progressives are generally against religion and use the Christian biblical view on these issues as the basis for the argument that Christian conservatives, and by association, all conservatives are intolerant of non-cis-gendered heterosexual people. Progressives take this supposed intolerance a step further and assume that conservatives are also intolerant of any other group of people they can identify. While this is not generally true, it is the basis for their hatred. We have to understand this.

The magnitude of supposed conservative intolerance is only surpassed by actual Nazis. Because conservative’s hate of most people is so vehement, it can only be combated with open intolerance and shaming. Conservatives don’t see themselves as hateful. This only maddens intolerant progressives and makes them hate us more.

Members of Antifa hate us so much that they are willing to block roads if we don’t comply with their orders. They scream in the faces of police officers, throw bricks into unrelated businesses to protest our existence. They call child protective services alleging that conservative parents are abusing their children. These are extreme examples, but everyday normal hate is ever-present. Regardless of who is in the White House, conservatives should brace for more.

Moving Forward as a Conservative

Most conservatives are not combative. In fact, because of our ideology, we tend to observe and uphold the rights of progressives to exist and to promulgate their ideas as they please. Progressives do not think this way. Modern progressives see conservatives as adversaries, or at the very least, obstacles to overcome. If a Biden administration ever exists, they will endlessly endeavor to strip away our rights as citizens and work the American government towards socialism (whatever the prefix). We as conservatives have to be prepared to stand up for our liberties. That includes not wearing a mask, not taking a vaccine if you don’t want to, and speaking freely about your religion, your values, and your freedom. You will eventually be challenged. Don’t back down.