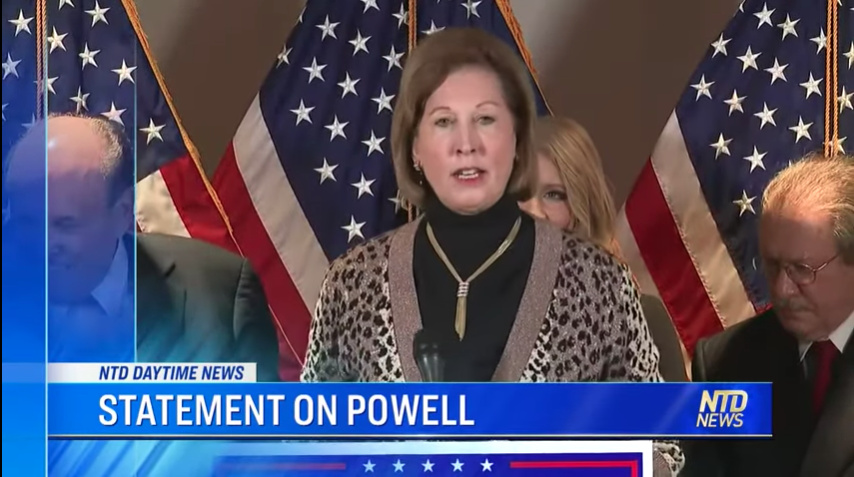 President Trump’s legal team and former federal prosecutor Sidney Powell continue to pursue allegations of election fraud in Pennsylvania, Georgia, and other battleground states. Sidney Powell was falsely reported to have been released from President Trump’s legal team over the weekend. A statement put out by the Trump campaign that was intended to clarify her status was the cause for much concern from conservatives and brought about a sigh of relief from the left. Powell was not a member of Trump’s legal team and therefore could not have been released.

In an interview with Newsmax on Saturday, Powell explained that she is pursuing legal cases in swing states related to statistical improbabilities within voting data. Overstock.com founder Patrick Byrne discusses his understanding of the allegations with Christopher McDonald in the video below.

I believe Powell is correct to pursue the statistical irregularities shown to exist within the election results. As she stated in her interview with Newsmax, there were thousands of ballots being reported instantaneously – ballot drops. It was found that nearly 100% of the ballots in the drops were in favor of the former Vice President. The odds of this result are similar to the odds of flipping a coin thousands of times and the coin landing on heads each time. After a ballot drop, the remaining ballots counted appeared to have an impossibly consistent ratio of voting decisions. This impossibly consistent ratio of votes is characteristic of the “roll”. The name of the interference strategy is the Drop and Roll. Another strategy reported to be employed was “weighted voting”. In this scenario, each vote for Biden would be worth 1.3 votes for example, while a vote for President Trump would be worth 1 vote.

Clearly, more people are aware of the “Drop and Roll” strategy allegedly used to interfere with the 2020 Presidential election. As Byrne stated in the video above, it was slated to be used in 2016 to tip the scales towards Hillary Clinton. Byrne suspects that the drop and roll strategy was used in the 2008 and 2012 elections. Many on the progressive left believe the drop and roll strategy was used to undermine the Sanders campaign in the pivotal South Carolina democratic primary election. If Sanders had won the South Carolina primary, former Vice President Biden was predicted to drop out of the Presidential race.

Powell alleges that drop and roll, and weighted voting strategies were used to steal the election from President Trump. If these allegations are true, the will of the American people is not being done. The people that put these systems into place should be tried for their crimes. We hope Powell is able to prove her case.