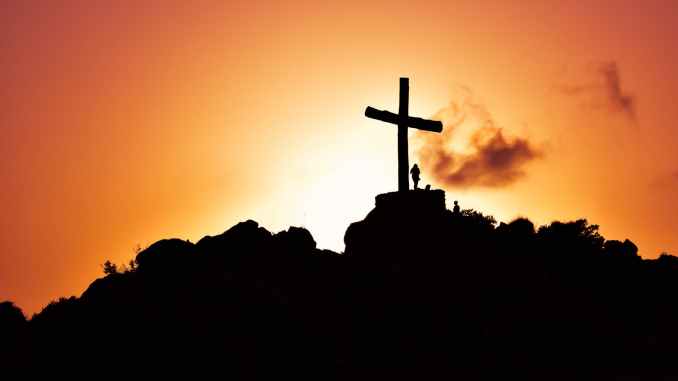 When I was growing up the pastors were sounding the alarm about relative truth. My truth? Your truth? Whose truth? Prominent secular wisdom had concluded that there were no moral absolutes. They proposed the idea that there was nothing true and everything was up to your interpretation. Deep within us, we know that this is a lie. We have an innate sense of right and wrong.

That innate sense of morality points to the existence of God. C.S. Lewis, a prominent atheist turned Christian, had this to say about the topic:

“My argument against God was that the universe seemed so cruel and unjust. But how had I got this idea of just and unjust? A man does not call a line crooked unless he has some idea of a straight line…Of course, I could have given up my idea of justice by saying it was nothing but a private idea of my own. But if I did that, then my argument against God collapsed too—for the argument depends on saying that the world was unjust, not simply that it did not happen to please my fancies. Thus in the very act of trying to prove that God did not exist—in other words, that the whole of reality was senseless—I found I was forced to assume that one part of reality—namely my idea of justice—was full of sense. Consequently, atheism turns out to be too simple.” (Mere Christianity)

In the book, ”Mere Christianity” Lewis grapples with the fact that we do indeed have an innate desire for justice.

The current secular ideological framework no longer ignores the idea of moral absolutes. It replaces the godly idea of justice with a worldly concept. Social justice warriors(SJW) have their perverted version of justice that contradicts the gospel. Christian apologists are sounding the alarm on the dangerous concept of Critical Race Theory(CRT). Here is a summary of what it is and why it does not equate with biblical justice.

Christopher Rufo, a contributing editor for the city journal, broke a story about critical race theory in the many levels of the federal government. He called on President Trump to write an executive order to stop federal tax dollars from funding critical race teaching of federal employees. Amazingly, Donald Trump came through and wrote an executive order to stop the teaching of critical theories for federal employees. During his Presidential reelection campaign, Donald Trump also received criticism for false allegations of ending “sensitivity training.” Sensitivity training and CRT are not the same. The Federal government was spending millions of taxpayer dollars on a religious idea.

CRT resembles a religious practice more closely than an academic theory. Unfortunately, it is still being taught at the university level. Even Christian universities and churches are falling prey to the seductive teachings. Some school districts are going as far as teaching CRT to school-aged children. It is expected that if Democrats take control of the white house in January the use of tax money to fund the teaching of critical theories will resume. Critical race theory has not brought unity to our country, it has spurred more division. Below is an example of critical race theory in practice.

Warning this video may be upsetting to some audiences.

In the video, Ashleigh Shackleford refers to white people as demons and claims that they will always be racists. The divisive nature of this teaching needs to be exposed and brought to light. I would encourage anyone, including pastors, seeking resources on this topic to visit: https://www.centerforbiblicalunity.com/