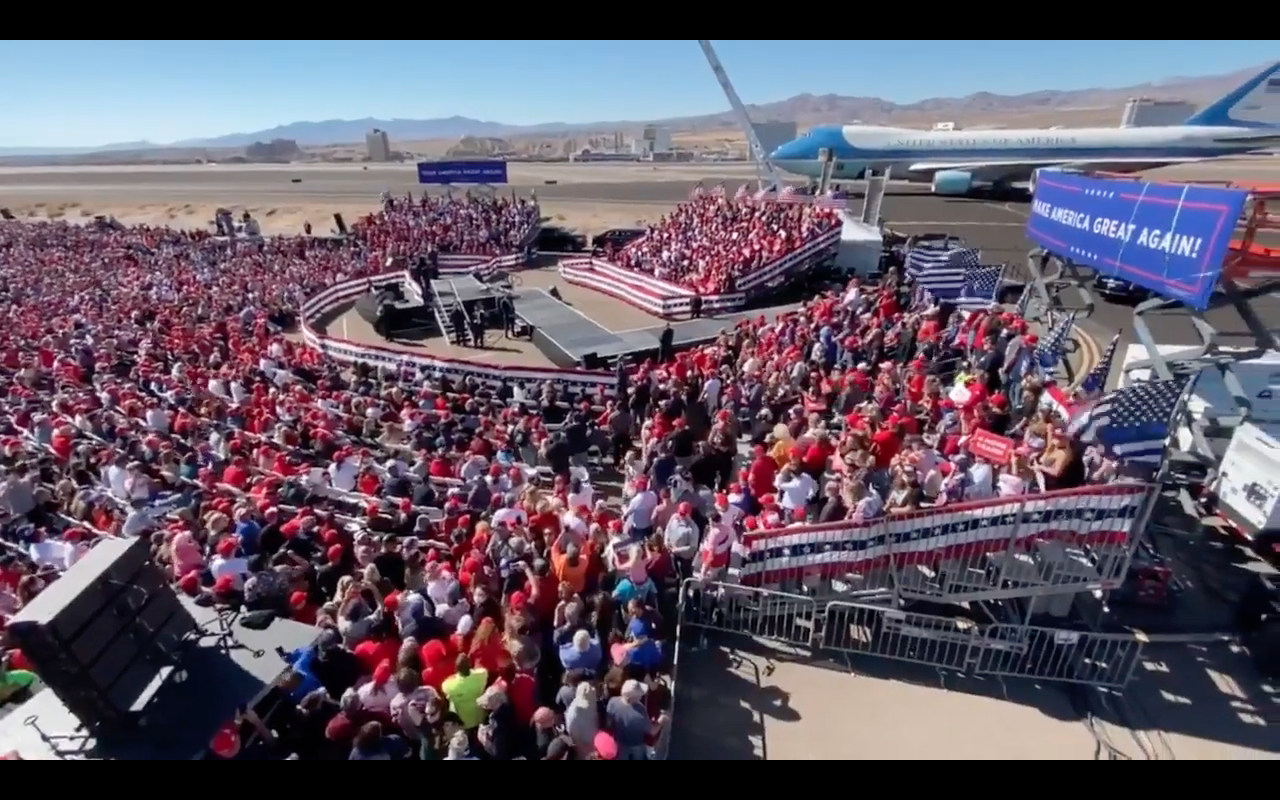 The President has 87-million followers on Twitter, and continues to actively use the service. When he posted the video below, it was easy to see Democrats have latched onto his account, to issue their opinions. The repetition was nearly offensive, as post after post of active yet unimaginative Twitter users, all cleverly ignoring violence around the US and the abandonment of not only masks but respect for law and humanity, could come up with only one phrase. They no longer even have a sentence to mutter.

It’s not even a newsworthy topic, though it’s all the news! And Joe Biden hid all day. His wife still thinks the American public isn’t interested in dirty stories about her son.

But the crowd at Bullhead was no bull! They loved President Trump!

I’ll leave you with this video. I don’t want to repeat the nonsense (because it really was nonsense), all the accounts with three followers vehemently spewed under our President’s fine video. Nor will I look any harder for that really weird video of Biden doing a rally with circles (yes, again) that looked like an old Space Odyssey movie, where he walks down some stairs and everyone’s in little circles, (or like a bad scene from The Hunger Games.)

Just this. Enjoy your day my friends!

Thanks to Dan Scavino (@DanScavino).