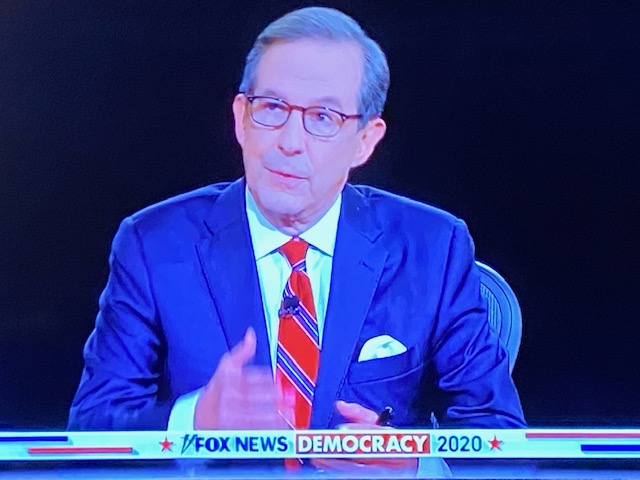 Who won the first Presidential debate? Well – it turns out it depends on who you ask. In an attempt to provide readers with an easy to read summary of which candidate several different news outlets picked as the winner of the first debate, our team of dedicated researchers visited approximately 40 news outlets (online due to COVID) and caught up on each network’s analysis of the debate.

Researchers were given a list of sites. Without any predetermined notions about what known partisan websites would have to say, our team poured through the articles and found, well…exactly would you would expect. With the exception of a handful of media outlets who decided a debate summary wasn’t necessary or that everyone involved lost, there was not a single deviation from expectation. As a disclosure, the winner was not clearly stated in all subject publications and evaluations in those circumstances are our own interpretations of their writing.

Leftist news outlets such as the New York Times, CNN, NBC and others all declared Biden the winner of the debate. A recurring theme for all of the leftist news outlets was that it wasn’t so much that Biden won, rather that Trump lost. President Trump accomplished this feat of losing the approval of all those predisposed to disapproving of him anyways by refusing to condemn white supremacist groups. In addition to the numerous times he has denounced them, President Trump recently designated radical groups like the Ku Klux Klan and the Russian Imperial Movement as Specially Designated Global Terrorist groups. If there is a more clear way to condemn a group, please leave it in the comments below.

Another common complaint was that President Trump interrupted both the moderator and former Vice President Biden several times. This opinion was not uniquely held by leftist news outlets. Leftist media outlets reported that Trump’s interruptions contributed to his fate of losing the debate by disgusting voters with his poor behavior. Conservative leaning news media groups had mixed opinions. Some say that Trump had set out to make Biden appear weak and frail, while others explain that his demeanor is why Trump was elected in 2016, or that it was a strategic oversight. It is the Freedom First Press’ opinion that President Trump should have both come out very strongly as he did to initially knock Biden off balance, and then sit back and let the gaffes happen. Many viewers feel cheated in that there were no obvious gaffes other than Biden supporting the Green New Deal, and then denouncing it in the next sentence.

Conservative media outlets were determined to have all chosen President Trump as the winner, but not by much. Several authors point out that President Trump made good points with policy. Almost all conservative media outlets either mentioned in their primary debate summary or dedicated another full article to the performance of moderator Chris Wallace. These publications accused Wallace of interjecting an anti-Trump bias into the questions, and interrupting both candidates when Trump seemed to be nearing an advantage.

It is somewhat disheartening to have gone in search of a diversity of thought and found that there was little. This lack of tolerance for a difference in opinion is a problem that is prevalent in news media and permeates into the American culture. We pose the question, what is the point of even reading the news if you already know what it’s going to say?