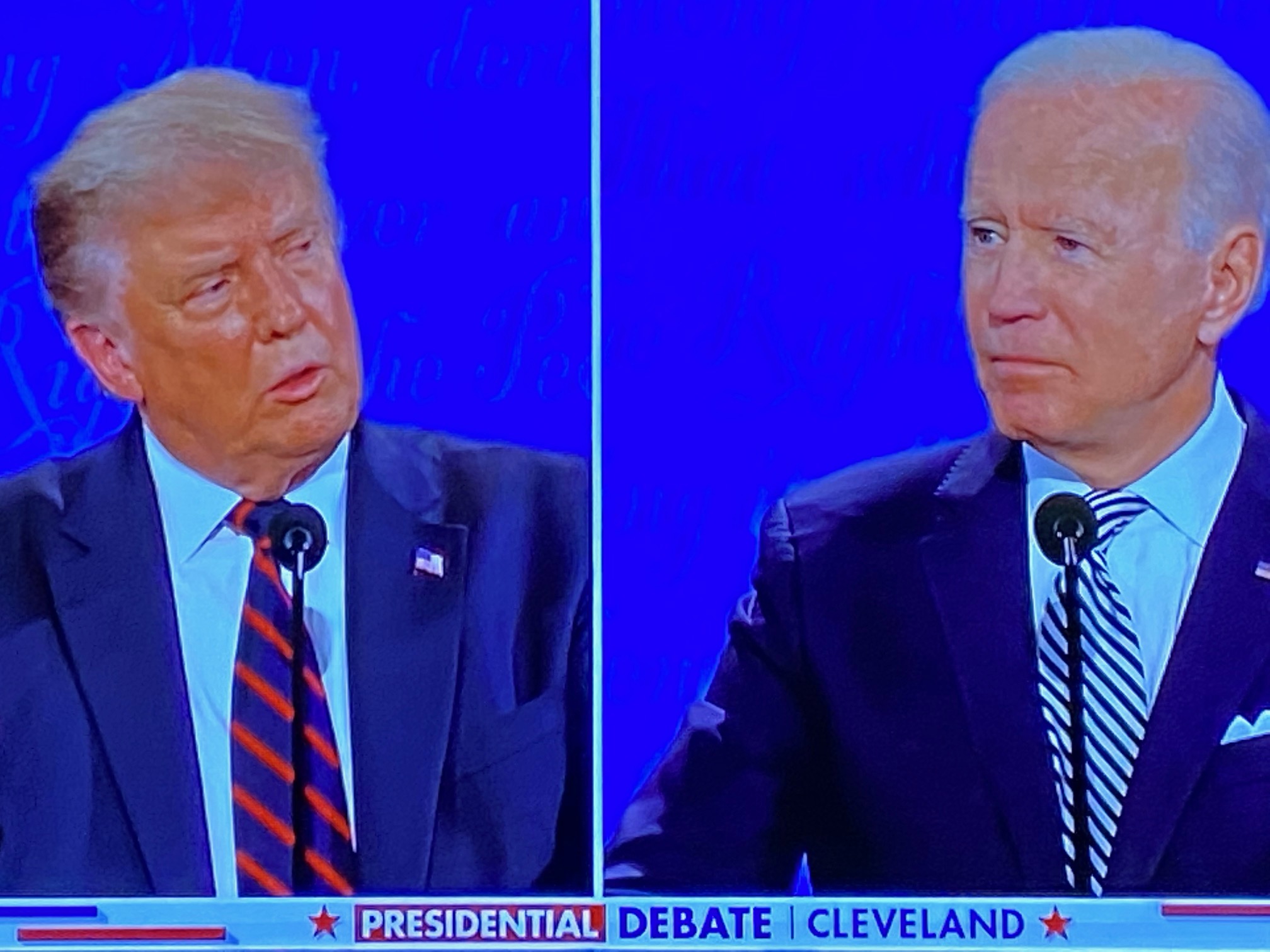 On September 29th 2020 we had our first opportunity to watch a debate between   Current President Donald J. Trump and the Democratic Nominee Joseph R. Biden.

An interesting experience to say the least. This was one of the few times we have seen the Democratic nominee out and speaking regarding where he stands on the current issues, as opposed to President Trump who has been out on the campaign trail for weeks now.

When we think in terms of a presidential Debate; we usually have an image in our minds of decorum and respect, albeit with a little sarcasm thrown in. This is the norm for most debates over the last 33 years, and some 23 structured official Presidential debates.

This reporter has seen many a debate, and yet, not one comes to mind that I can easily compare to last night’s spectacle.

At the onset of the debate our moderator (Mr. Chris Wallace) anchor from FOX NEWS, and publicly touted (anti-Trump supporter) outlined the rules and expectations for the coming discourse. Where both parties agreed to each allow a Two-minute time of Un-interrupted answering for each candidate and then a few minutes of open discussion regarding the topic at hand, for each Segment/ Question.

Things began as we would have expected, Our moderator asked the first Question and each candidate gave their answer and then proceeded to general discussion. Remarkably this was the most respectful exchange between the two of the entire evening.

Once the first question got derailed into continued interruption in an attempt at over talking each other, the entire debate took on a new demeanor. It became all-out war and a drive to to overtake the stage and get particular points across, on both sides, with little to no support from the moderator, unless he was shutting down the President mid-sentence or rescuing his opponent by reminding him where he was when falling off topic.

While Democratic Nominee Biden, seemed to continually miss the actual questions and refused to really give his stance on the issues brought up, he was fast to find fault with the Trump Admiration’s performance over the last three years and repeatedly resorted to name calling (ie; he’s a clown and shut up you”) when he became flustered.

President Trump on numerous occasions tried get an answer FULLY relayed to the American public and was repeatedly shut down By Mr. Wallace after only a few sentences, or interrupted by Nominee Biden.