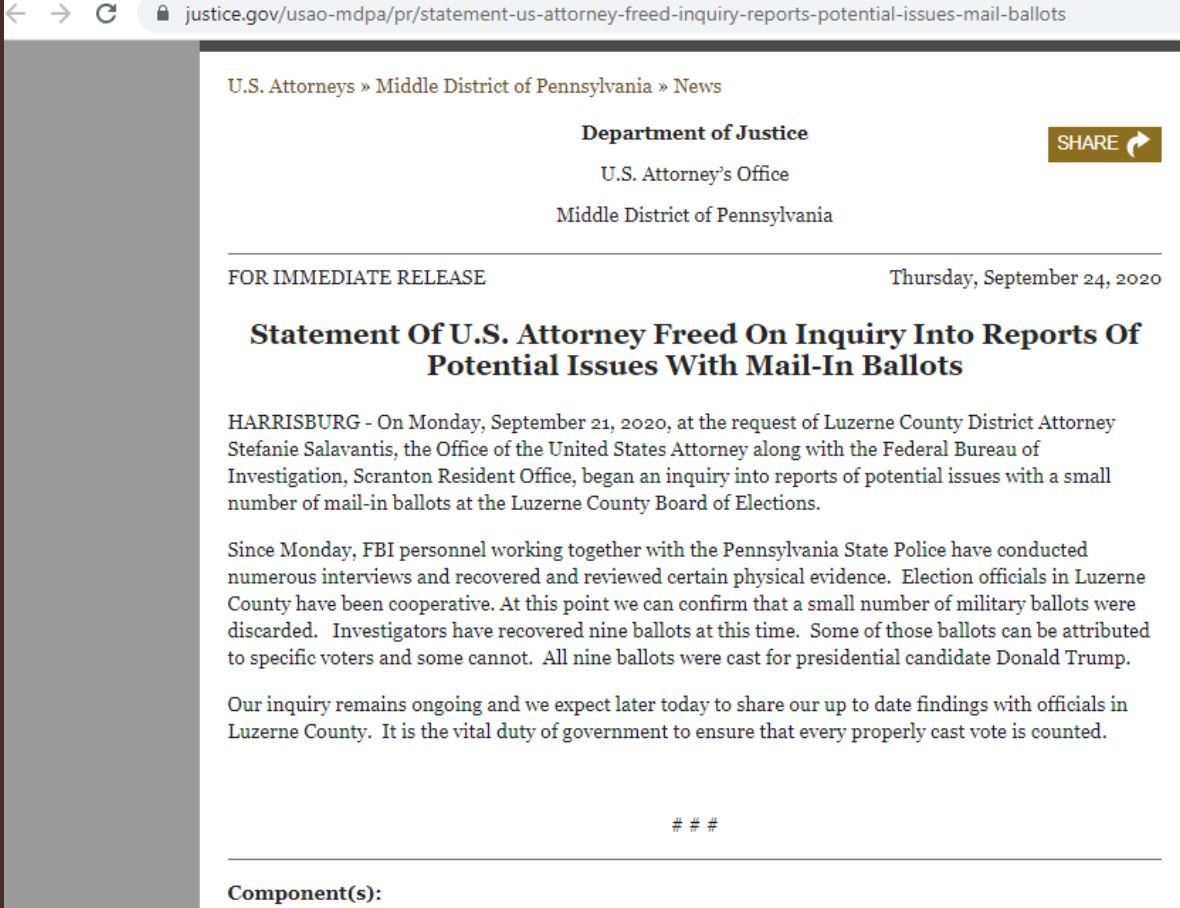 A statement released from the US Attorney’s Office of Middle District Pennsylvania revealed that a small number of mail-in ballots from members are of the armed forces were found to have been discarded. The Pennsylvania State Police and the FBI were unable to confirm the identities of all of the service members whose ballots had been discarded, however it was determined that 7 of the 9 of the votes on the ballots were in favor of the reelection of President Trump. The remaining two of the discarded ballots had been opened, and then resealed within their envelopes by Luzerne County Board of Elections Staff prior to the FBI recovering them. The votes on the resealed ballots are unknown at this time.

With early voting already started in the age of COVID-19 we are already seeing what may turn out to be a highly contested election between President Donald Trump and Former Vice President (Sleepy) Joe Biden. In light of this situation, all voters should be in favor of filling the US Supreme Court seat recently vacated by the late Ruth Bader Ginsberg as soon as possible. If the results of any election – national or otherwise is contested, the leadership structure of our nation has the potential to remain in a destabilized state if the decision of the court results in a 4-4 split.